dj-Nate
Clubstep is the fourteenth level of Geometry Dash and Geometry Dash Lite and the first level with a Demon difficulty. 10 secret coins are required to unlock the level.

With a Demon difficulty, Clubstep is more challenging than its predecessors, featuring complex manoeuvres within tight spaces and with limited time to respond, further exacerbated by deceptive obstacles. Clubstep introduces fake spikes, fading spikes and fading blocks that may cause confusion. Often, fake spikes are paired with fading spikes to make them more difficult to distinguish. Hazardous rings are common during cube and ball sequences. Gravity alternation is prominent, during cube sequences with combinations of pads and rings and during ship sequences with gravity portals, requiring ship-handling skills to be well developed. 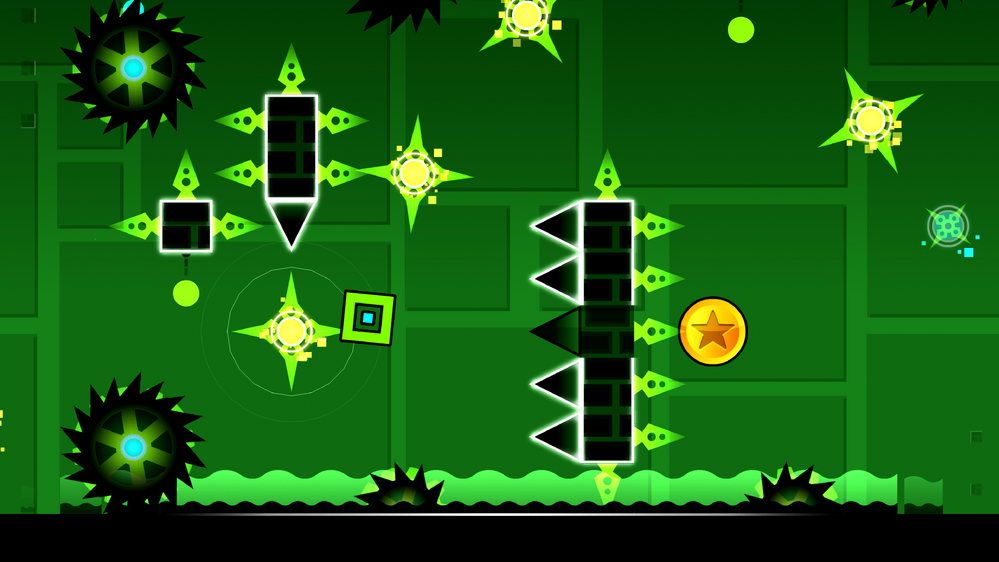 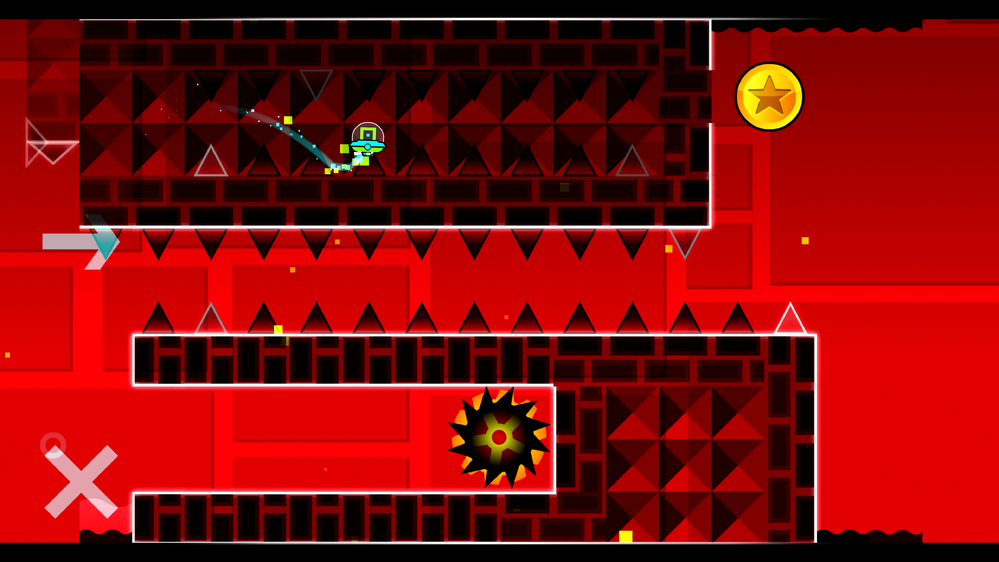 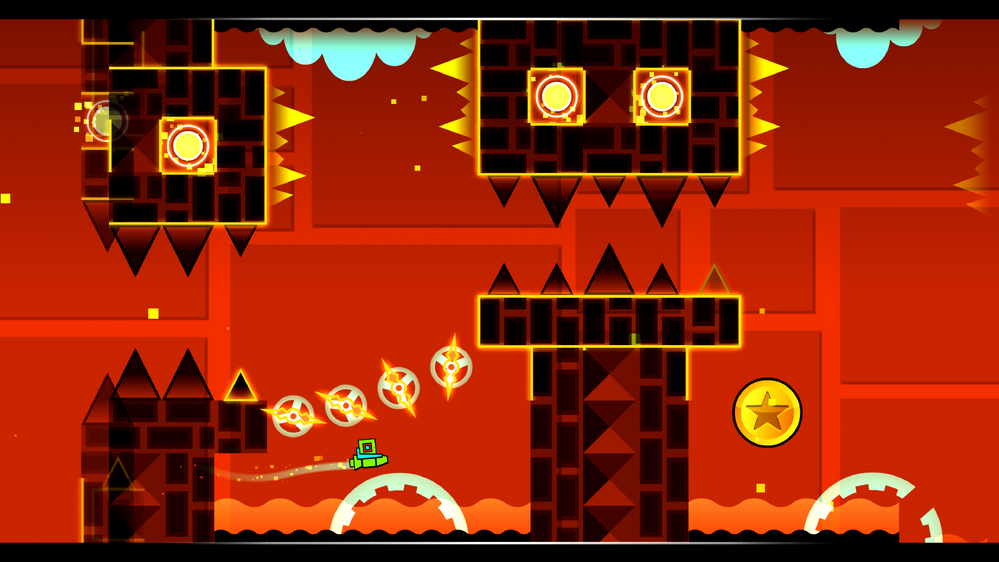 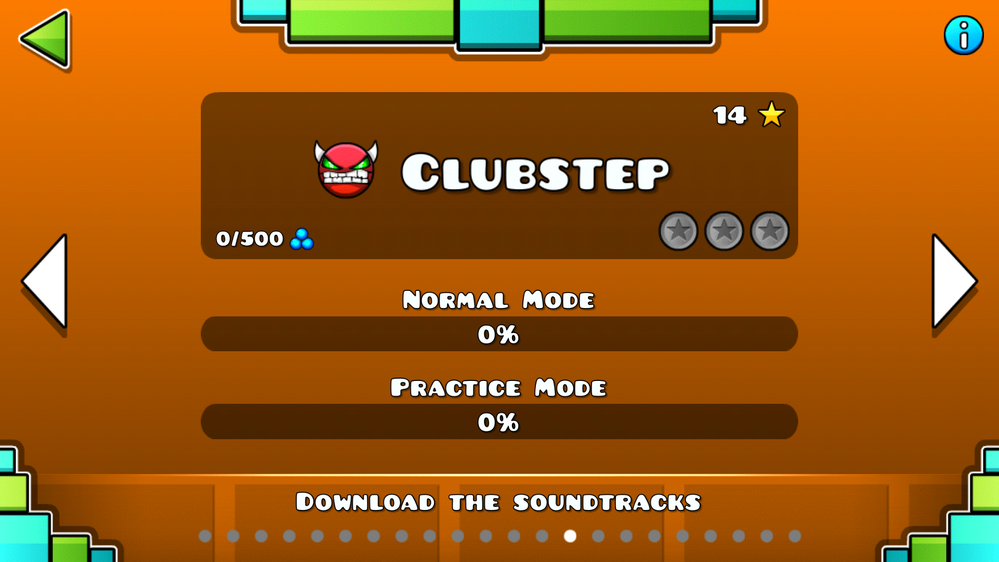