Cycles introduces the ball form with a light use of pads, rings and gravity portals. Misleading jump pads and rings leading to hazards as well as triple spike arrangements are prominent during the first cube sequence. The single ship sequence involves rapidly alternating gravity. 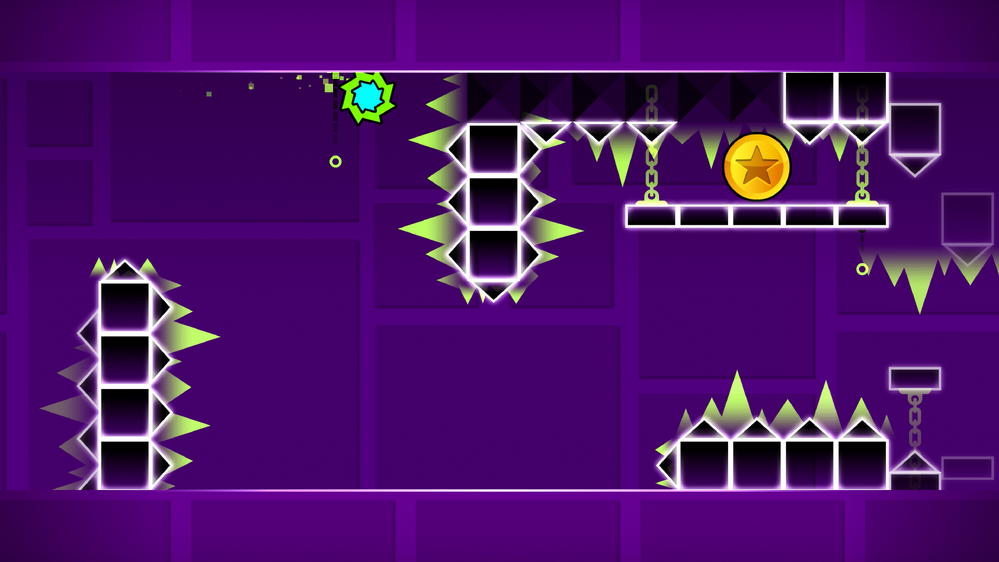 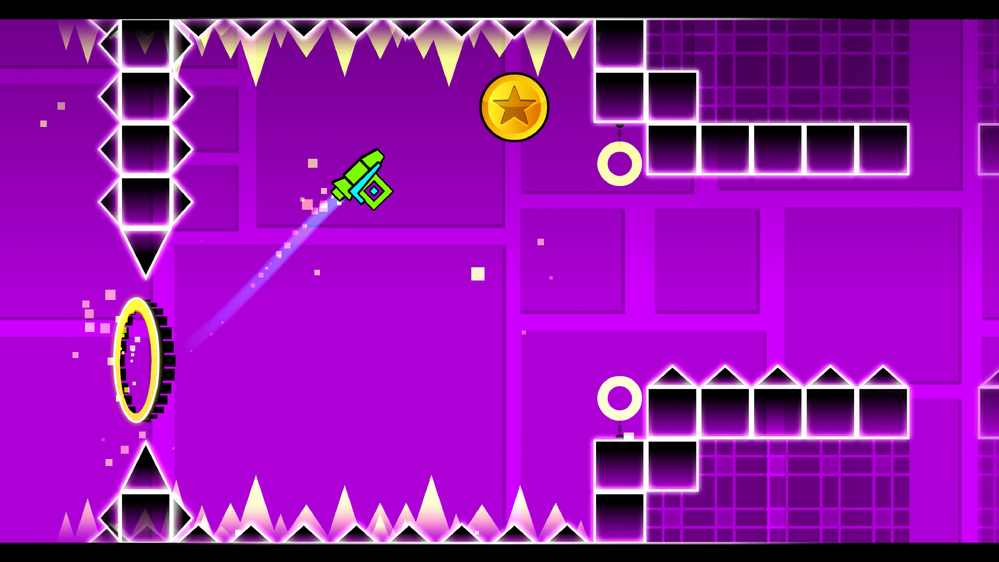 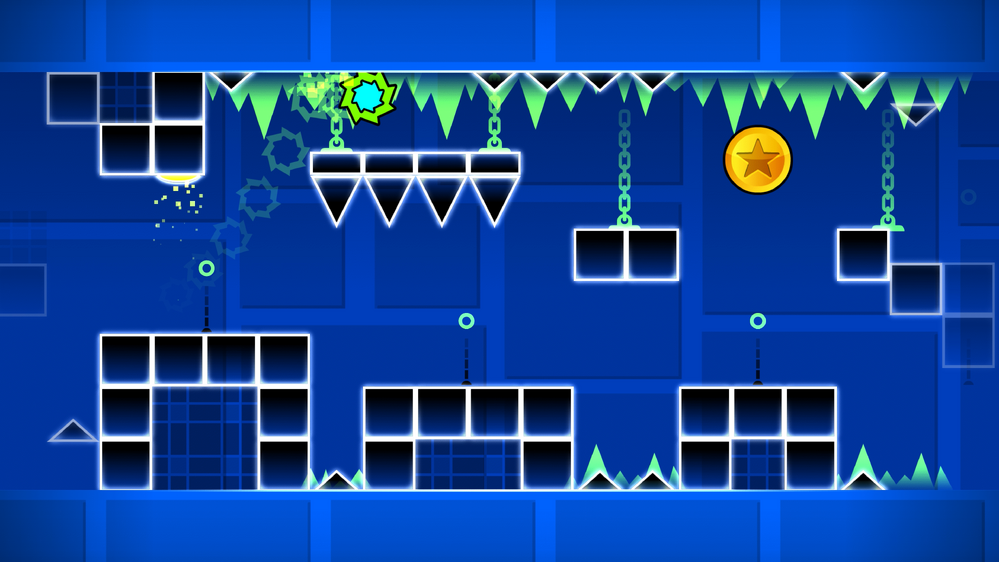 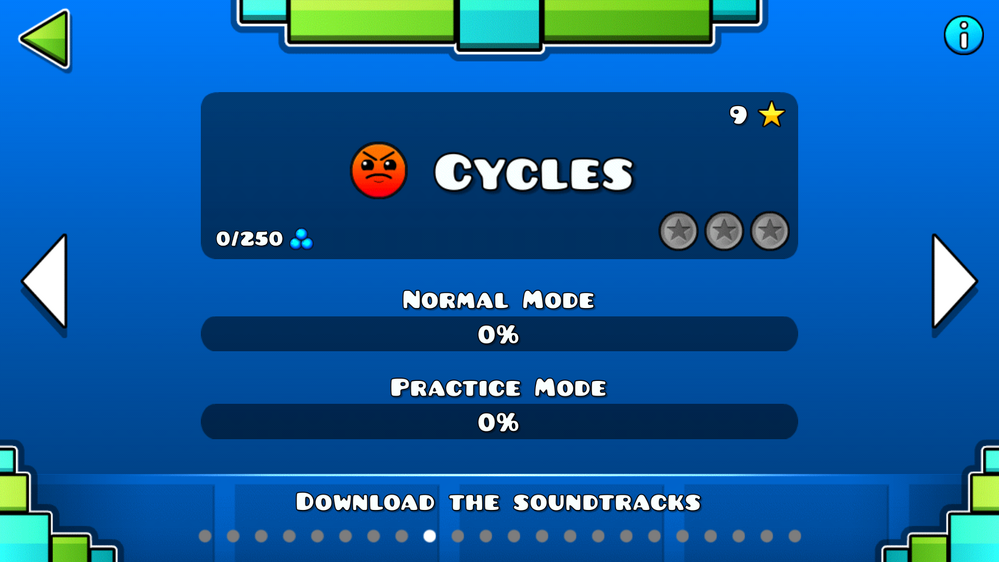