F-777
Deadlocked is the twentieth level of Geometry Dash and the third level with a Demon difficulty. 30 secret coins are required to unlock the level.

Deadlocked introduces new level components like the green jump ring (which changes gravity with additional momentum like an anti-gravity yellow jump orb), teleportation portals (which teleport players to another location from a linked portal along the Y-axis), and keys/keyholes (which serve as a visual guide for touch-triggered triggers, however, green inverted-square triggers were used in Geometrical Dominator). A 'boss fight' segment occurs at 64%.

The level also utilizes a more advanced use of triggers to create "laser-shooting monsters" which are seen in the first normal-sized UFO segment at 64%. Anti gravity is experienced with the wave for the first time, which you will see in the second wave sequence. 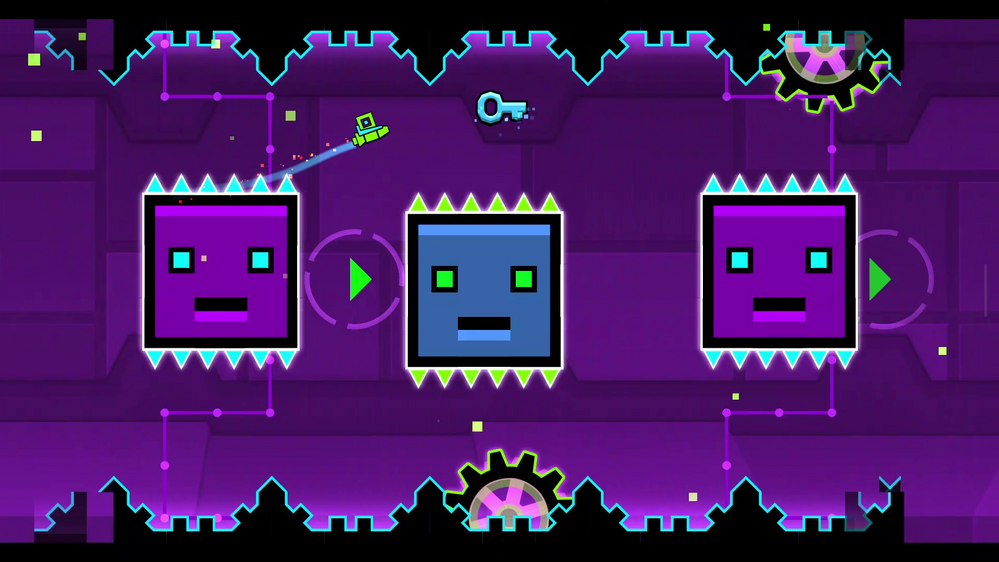 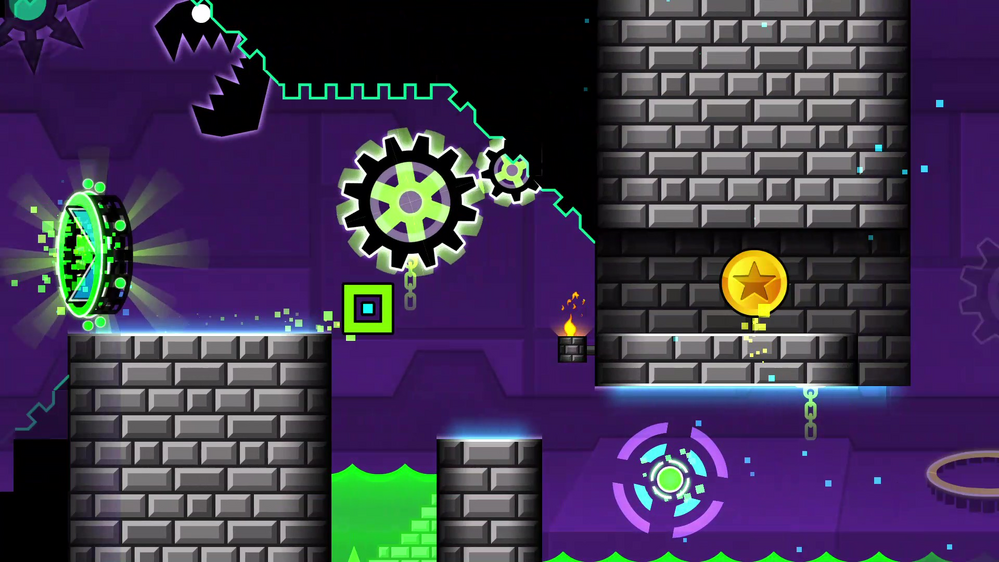 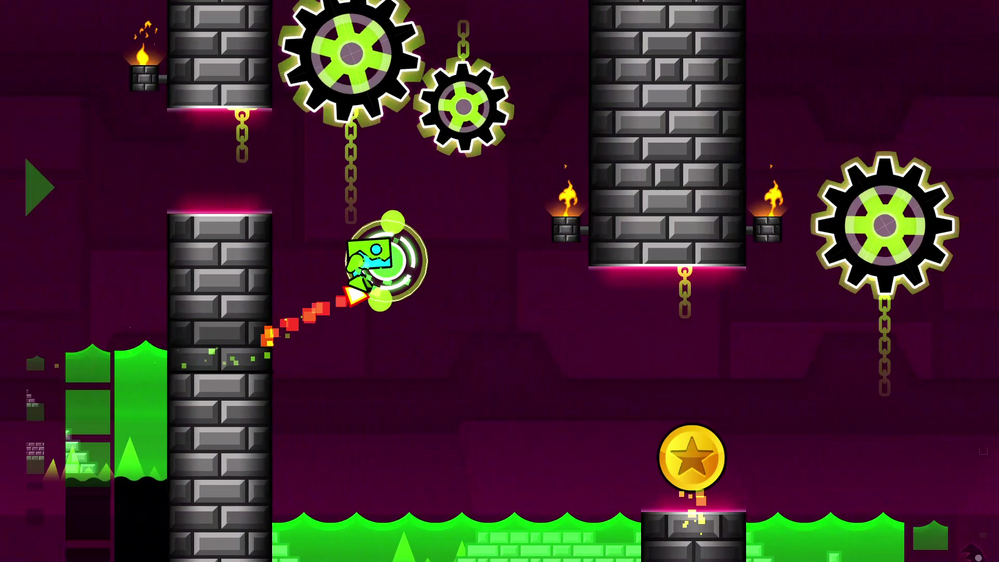 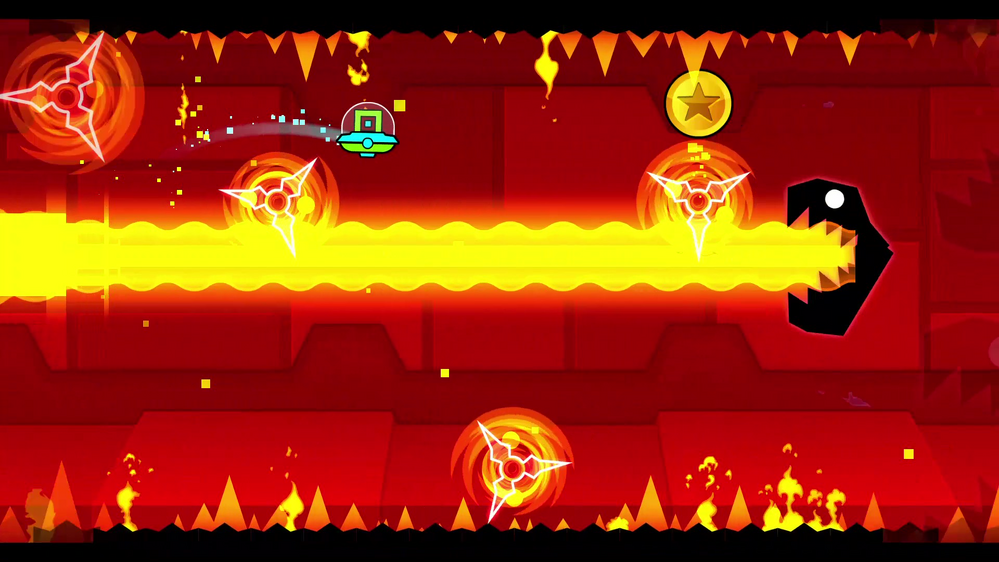 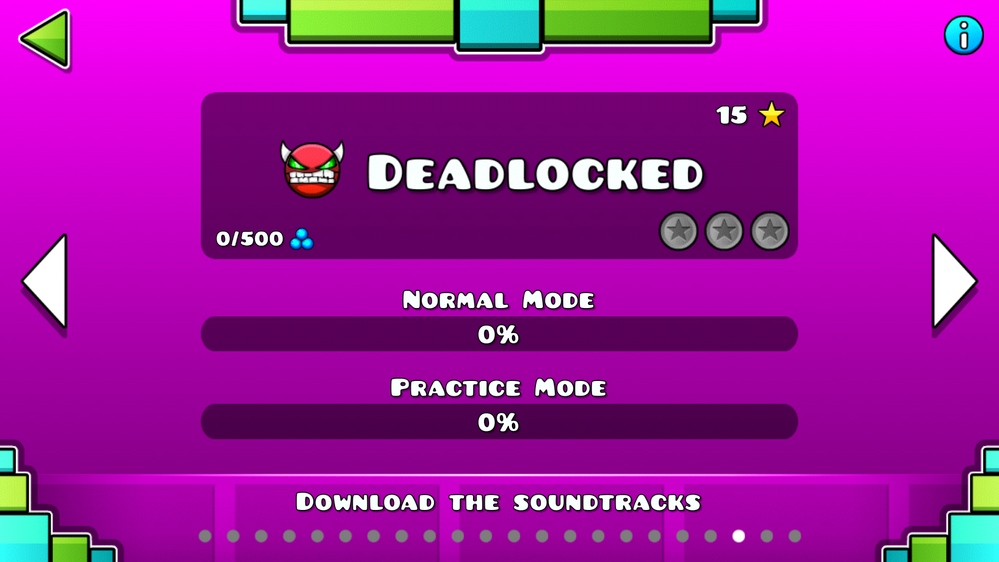