Fingerdash is the 21st level of Geometry Dash and the 7th level with an Insane difficulty.

Fingerdash introduces the spider form, which is similar to the ball form in that tapping switches gravity - however, instead of dropping off of one surface and onto another without a loss in forward momentum, the spider instantly teleports to the nearest opposite solid surface. The level also introduces black rings, which when interacted with sends the player down in the current direction of the player's gravity; green and magenta dash rings, which make the player travel in a straight line for as long as the screen is held with the green retaining gravity and the magenta switching gravity; red jump pads and rings, which launch the player higher than a yellow jump pad or ring; rotating objects, new triggers, lasers, and varieties of new decorations. 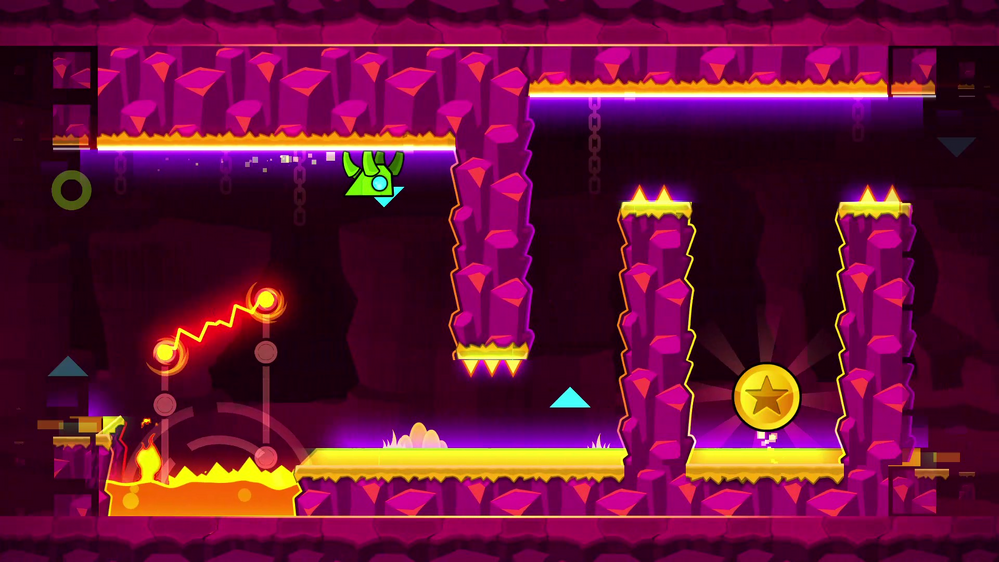 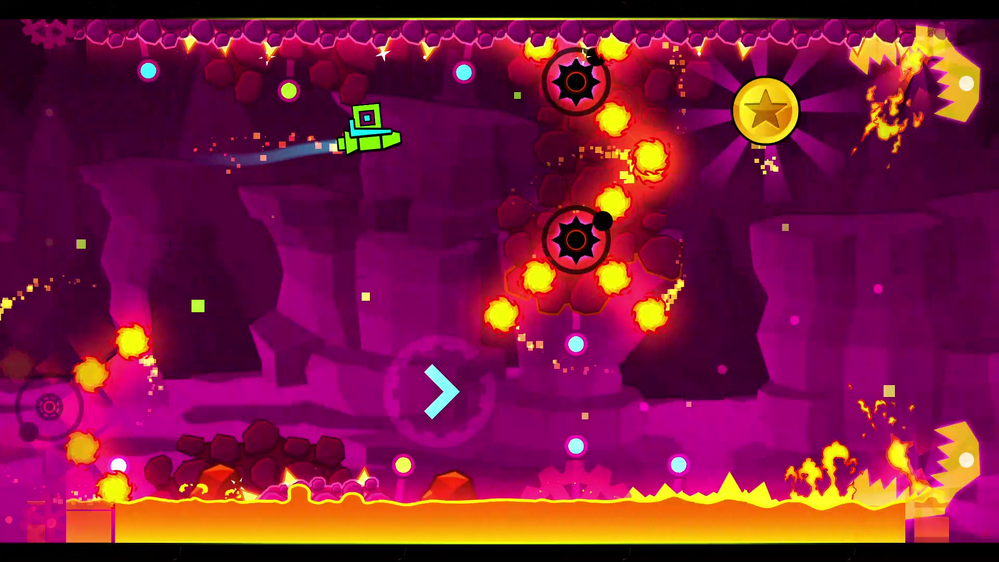 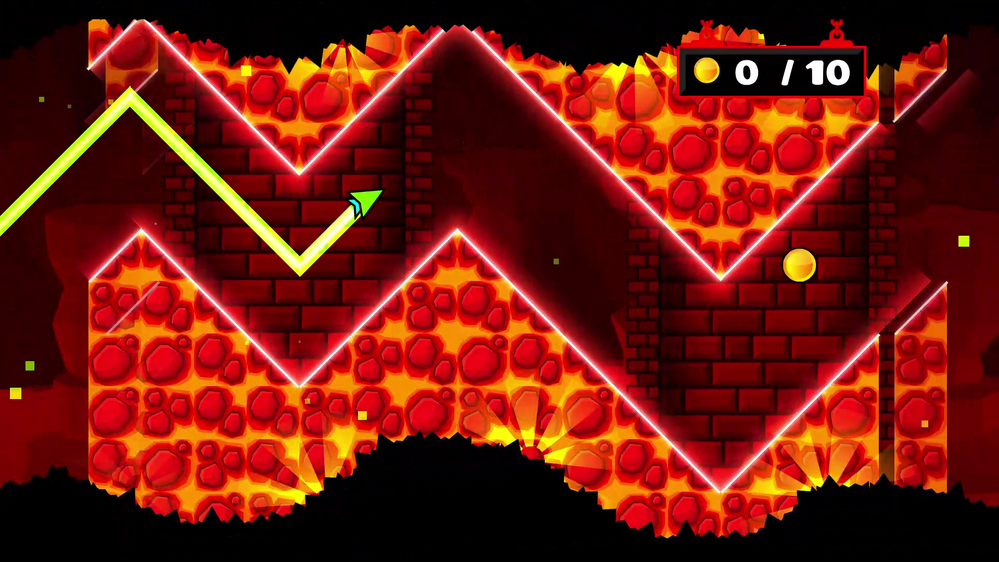 The task required for the third secret coin 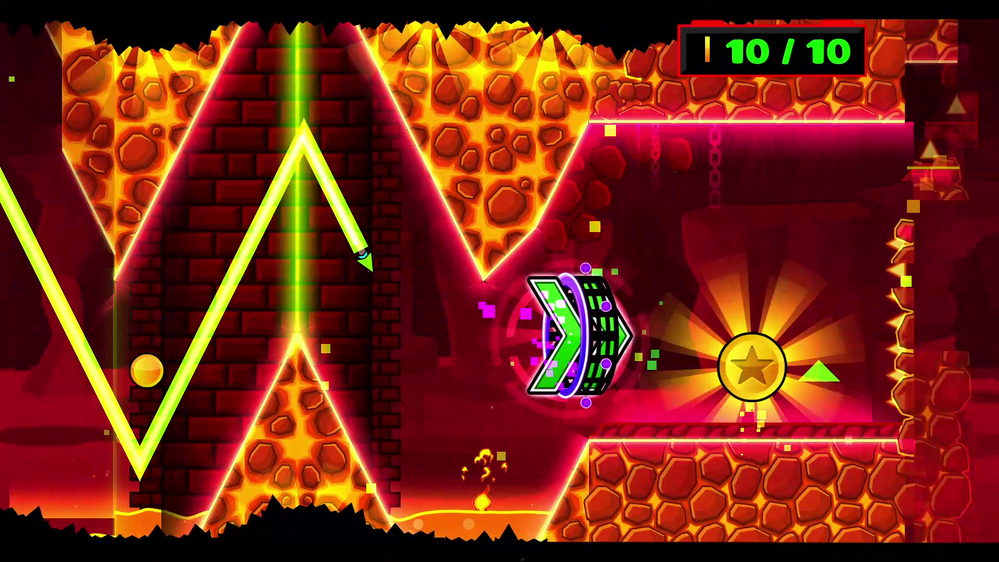 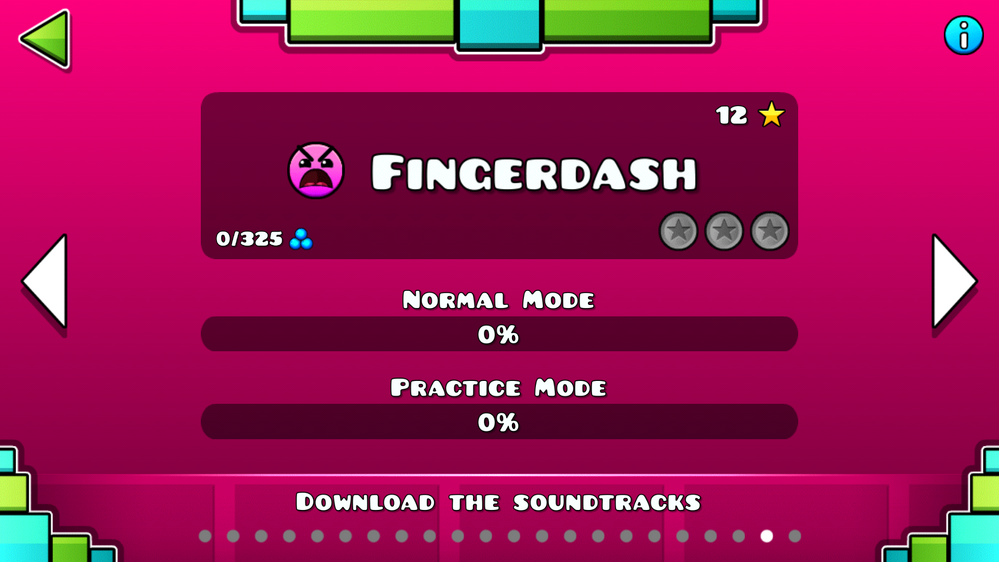