Waterflame
Geometrical Dominator is the nineteenth level of Geometry Dash and the fifth level with a Harder difficulty.

Geometrical Dominator introduces the robot game mode (which can make lower and higher jumps by tapping and holding down), the alpha trigger, the move trigger, the pulse trigger, the toggle trigger, monsters, animated thorns, water, bushes and flowers, in-game text and many new decorations. Inside the level's memory section, little glowing stars will appear for a short amount of time, indicating where the icon needs to go. 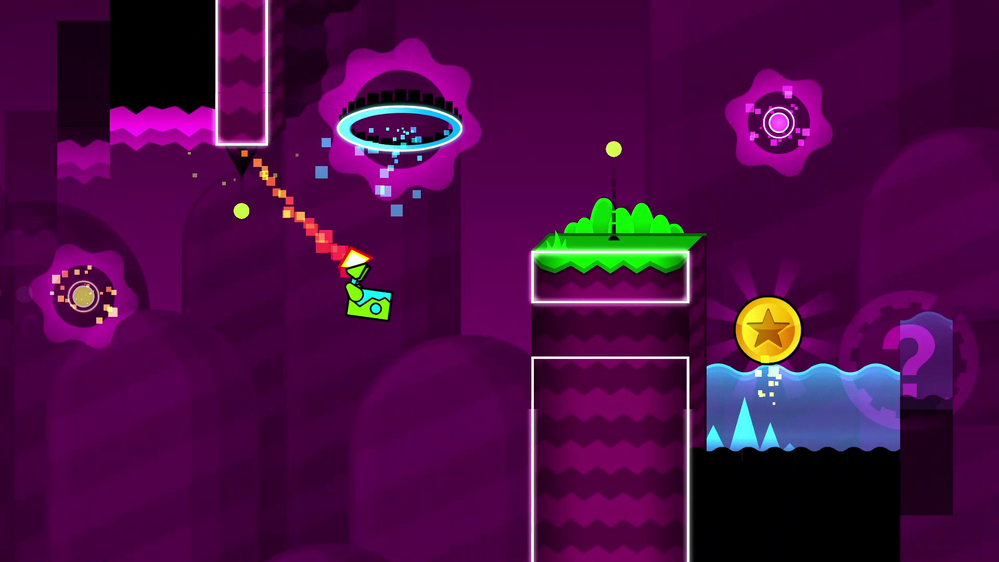 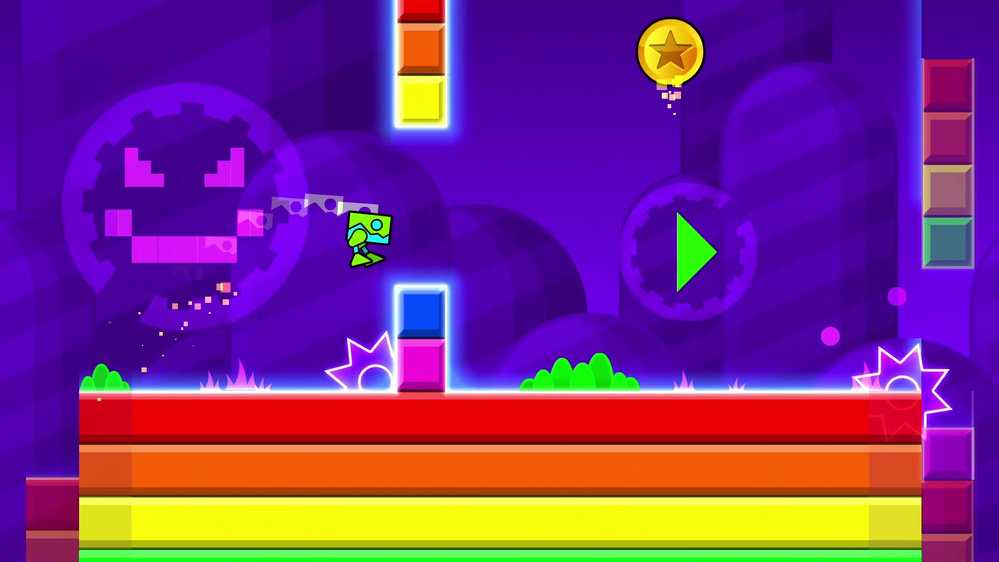 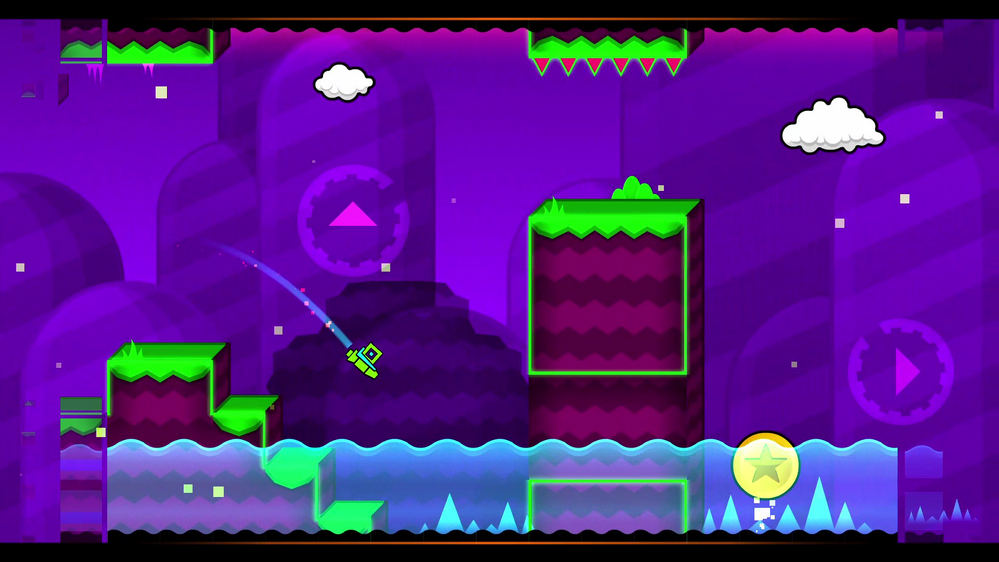 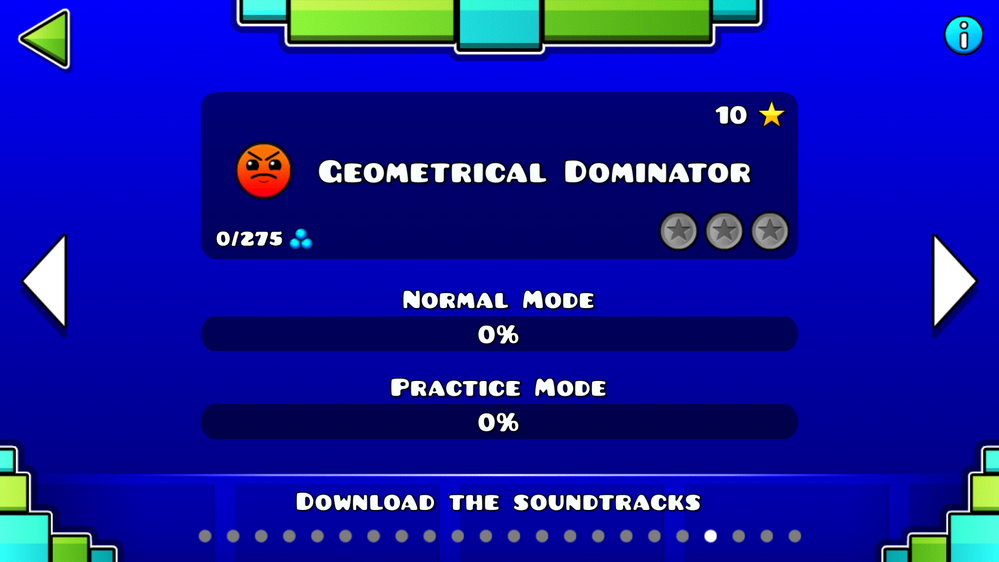