Geometry Dash Meltdown is a free ad-supported expansion app of Geometry Dash developed and published by RobTop Games and released on December 19, 2015 for iOS and Android. It features 3 exclusive levels, with limited achievements, icons and collectibles. The ability to transfer certain unlockable data over to the full version through user accounts is also available. 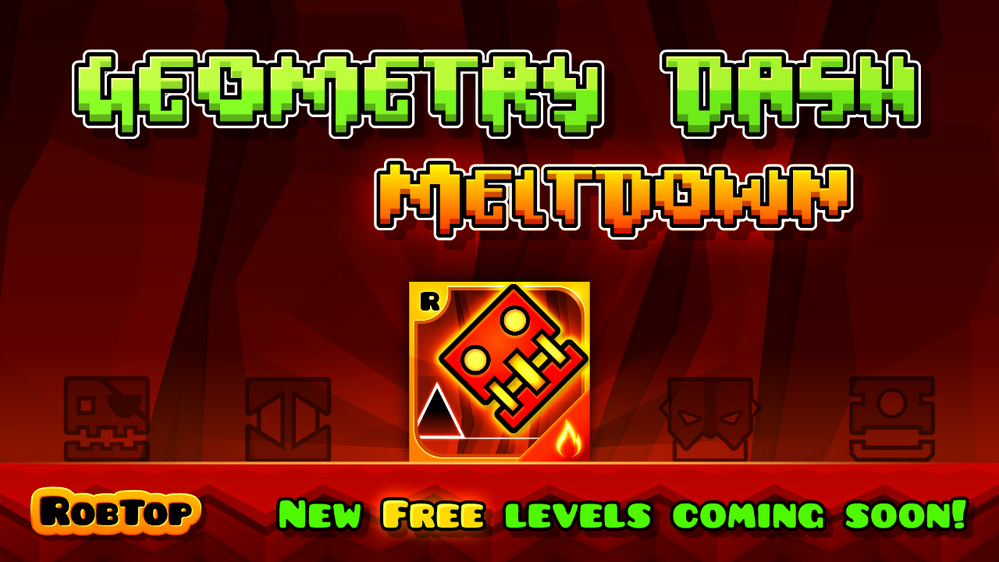 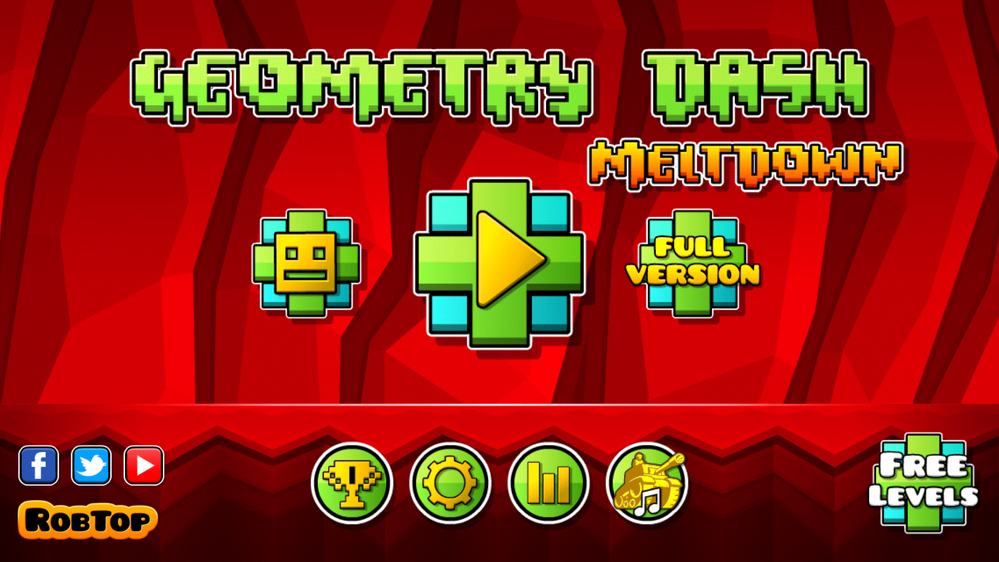 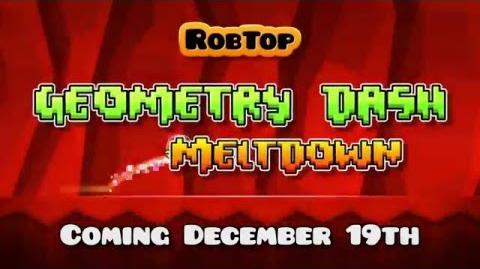 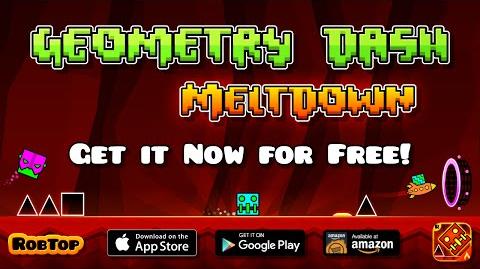