Geometry Dash World is a free ad-supported expansion app of Geometry Dash developed and published by RobTop Games and released on December 21, 2016 for iOS and on December 22, 2016 for Android. It features 10 exclusive short levels which must be played in sequence, split into 2 worlds consisting of 5 levels each. The game is a downsized build of the full version of Geometry Dash and has twice served as a preview for some new content in an upcoming update of the full version, first with the initial release prior to Update 2.1, and again with an update prior to Update 2.2. Various achievements, icons, collectibles, shops and vaults are available although limited. The ability to transfer certain unlockable data over to the full version through user accounts is also available. In addition, once all main levels have been completed, access is given to user level selections including the daily level, the weekly demon, and other featured levels. 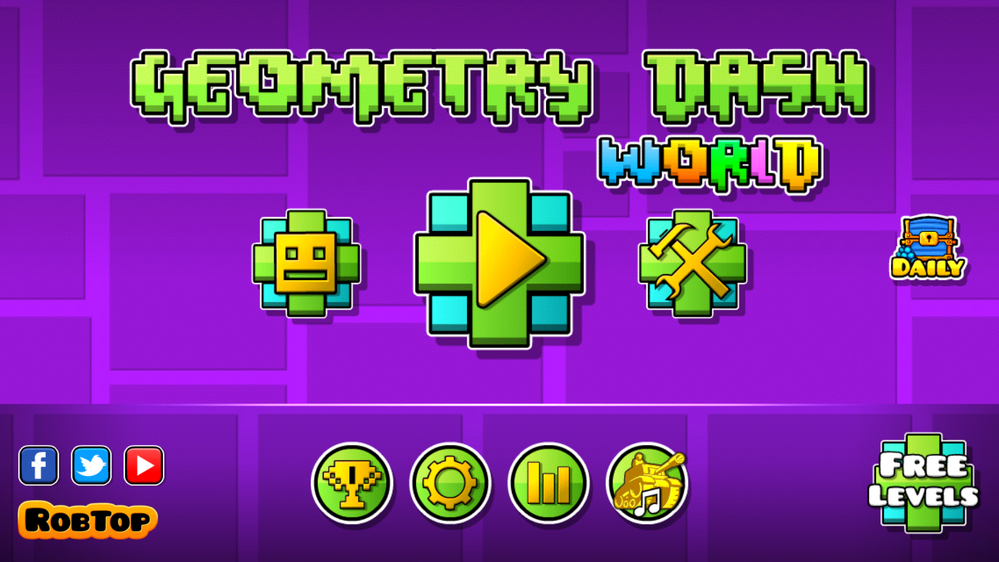 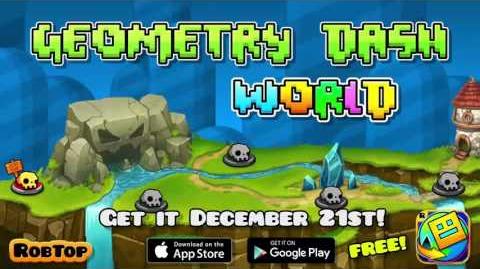 The following table contains the official update information provided in the iOS App Store, only omitting secondary information such as support notices.