Hexagon Force is the sixteenth level of Geometry Dash and the sixth level with an Insane difficulty.

Hexagon Force introduces sloped blocks, expanding the ways the icon can move and interact with the level, such as steeper angles increasing vertical momentum. The level also introduces the dual portal, featuring more advanced gameplay that requires heightened focus to be able to manoeuvre two icons on inverted planes. The cube, ship and ball each have segments under the effects of the dual portal. The dual segments for the ship are symmetrical, generally allowing one icon to be focussed on while the other remains within safety. The dual segments for the cube and ball are asymmetrical, so both icons need to be monitored. They additionally involve jump rings. Sometimes one icon may need to perform a movement while the other is airborne. Arrow pulsators are sometimes present to indicate when to jump. Two additional variants of the speed portal are also introduced: the normal speed portal, which essentially resets the movement speed to normal; and the slow speed portal, which is a noticeable contrast and requires an altered perception to handle safely. 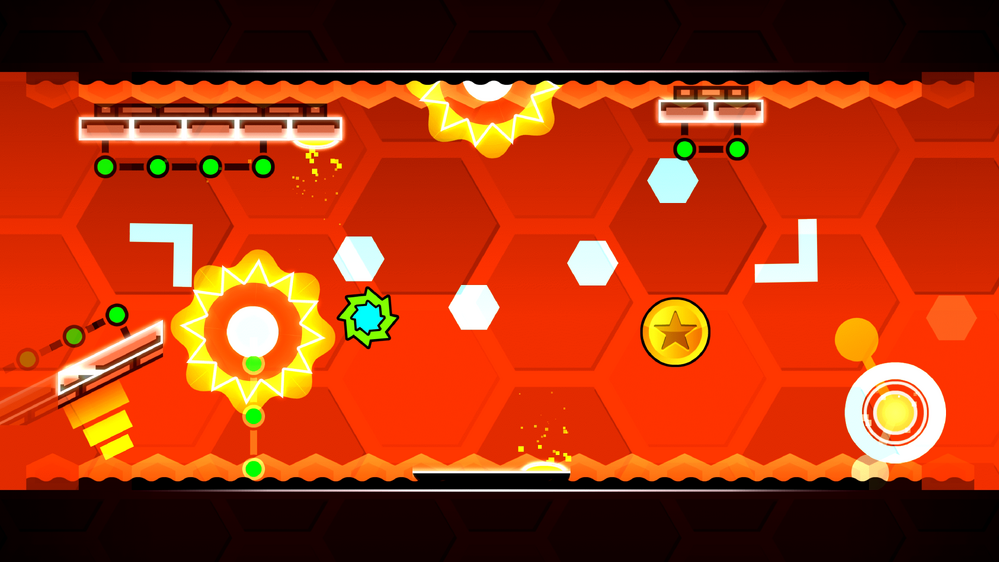 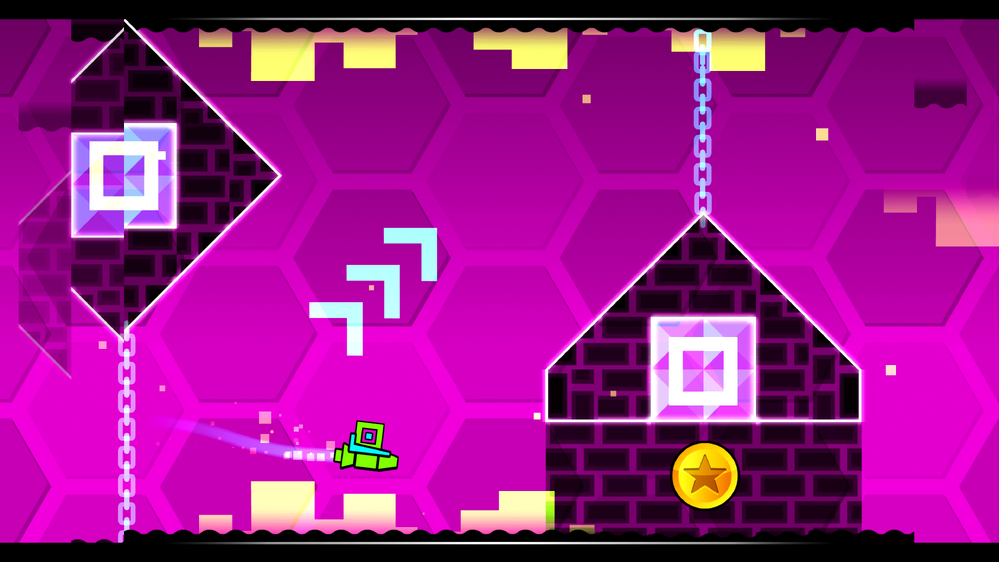 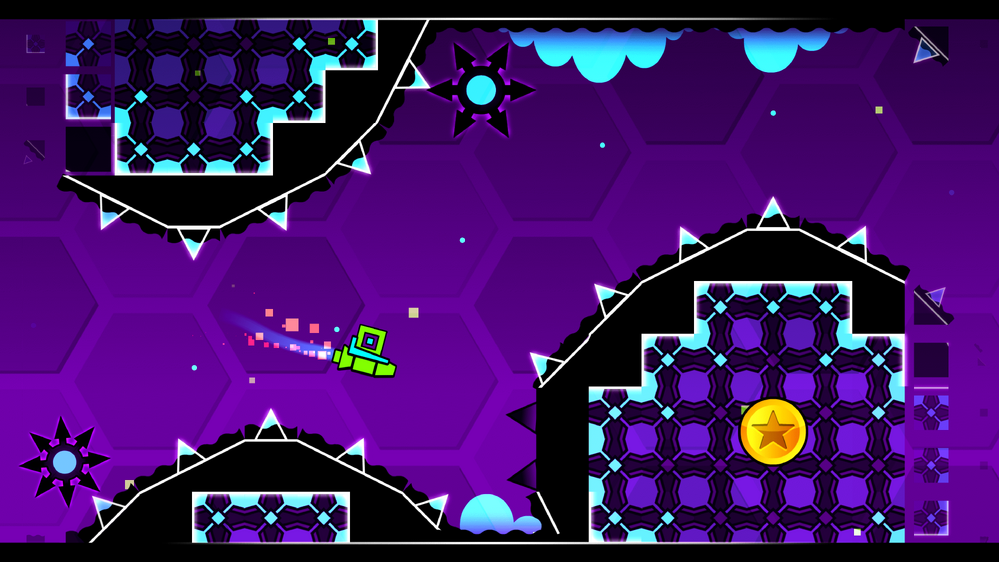 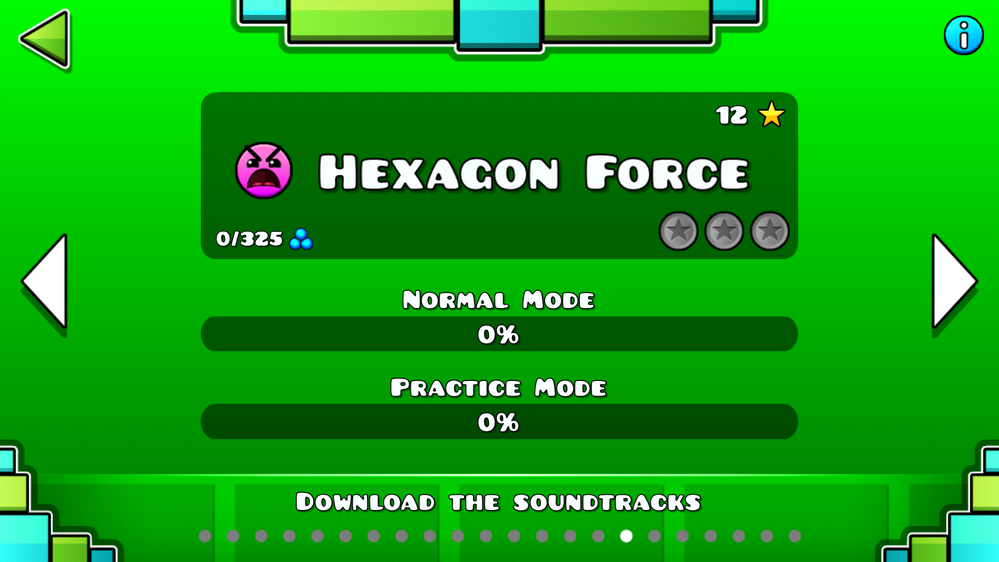 Level selection
Add a photo to this gallery
Retrieved from "https://geometry-dash.fandom.com/wiki/Hexagon_Force?oldid=468541"
Community content is available under CC-BY-SA unless otherwise noted.