BossFight
Nock Em is the second level of Geometry Dash SubZero and the first level with a Hard difficulty.

Nock Em introduces the wave and spider game modes, the green jump ring, and the size portals. It introduces the random trigger in the form of randomized 'Rub' text decorations as well, as seen in the image to the right. This level continues to showcase the new camera features, this time showcasing more of the static camera feature and introducing the Y-Axis locked option. This level also introduces for the first time the ability to disable the particle effects of the manipulation portals and the "End trigger". 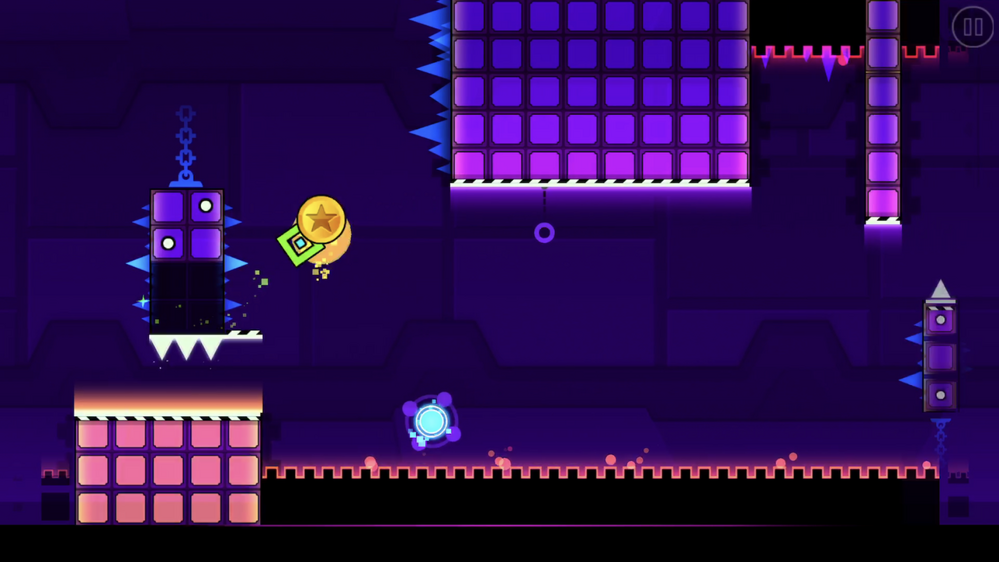 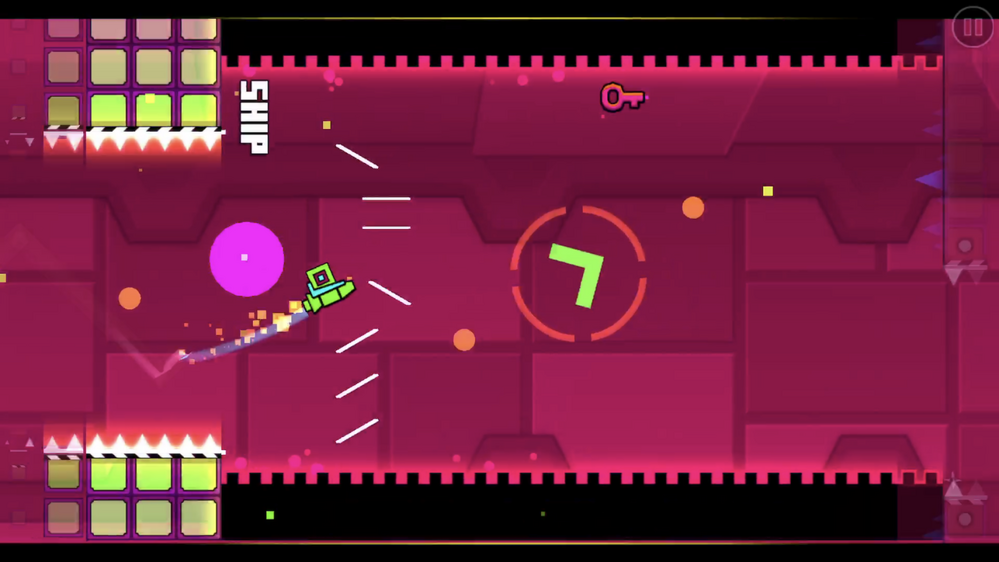 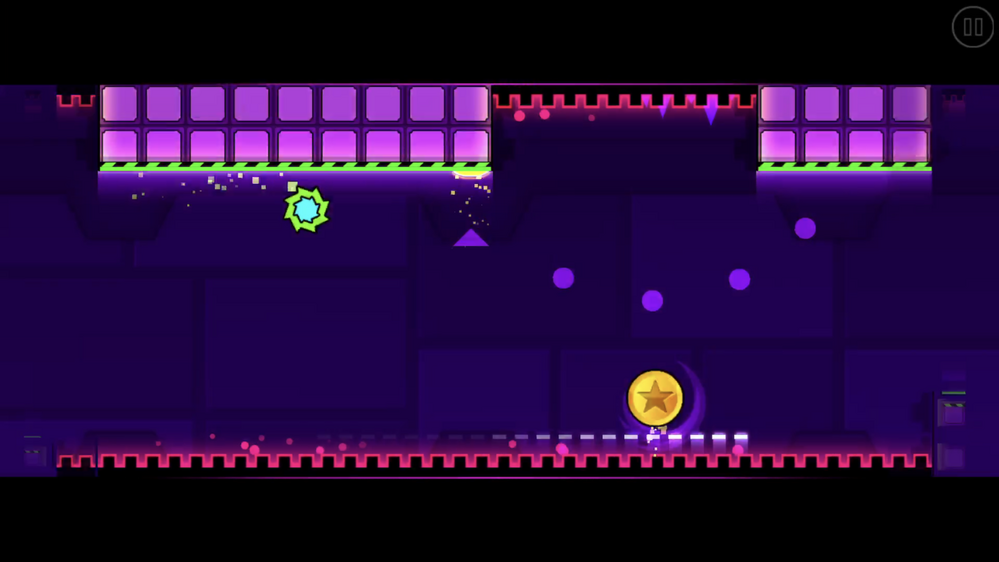 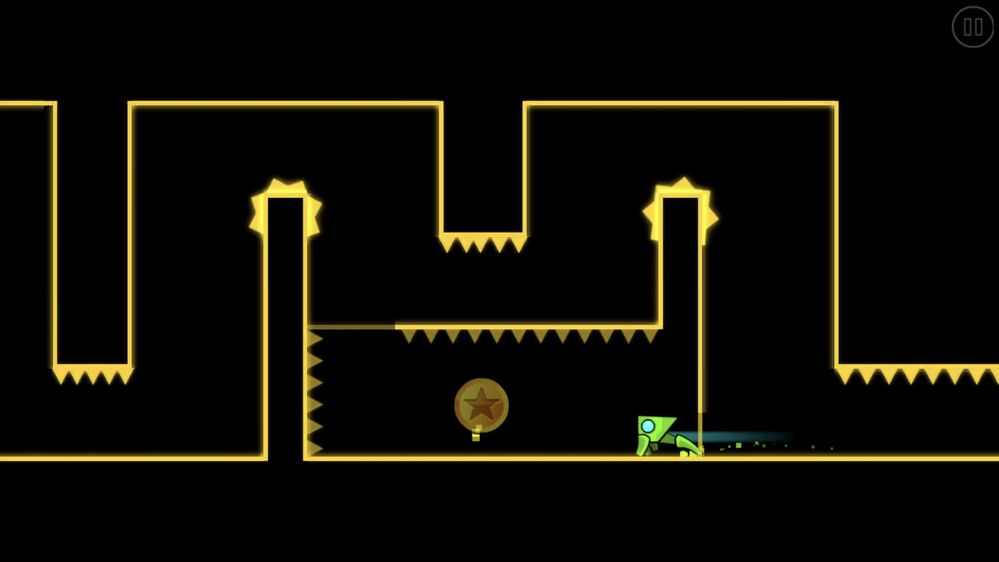 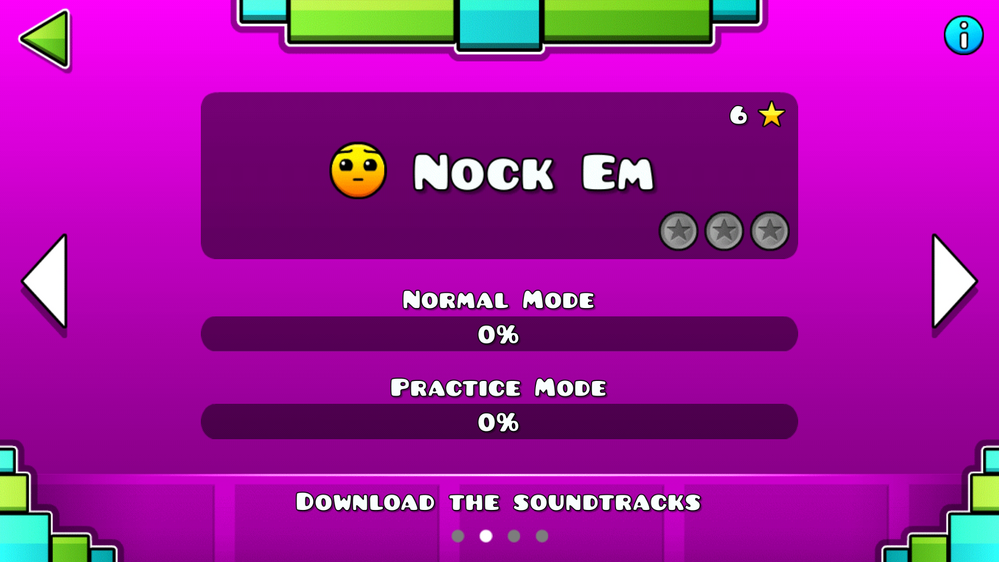