Polargeist introduces the yellow jump ring, beginning to extend the degree of jumping challenges, particularly during the second cube sequence. 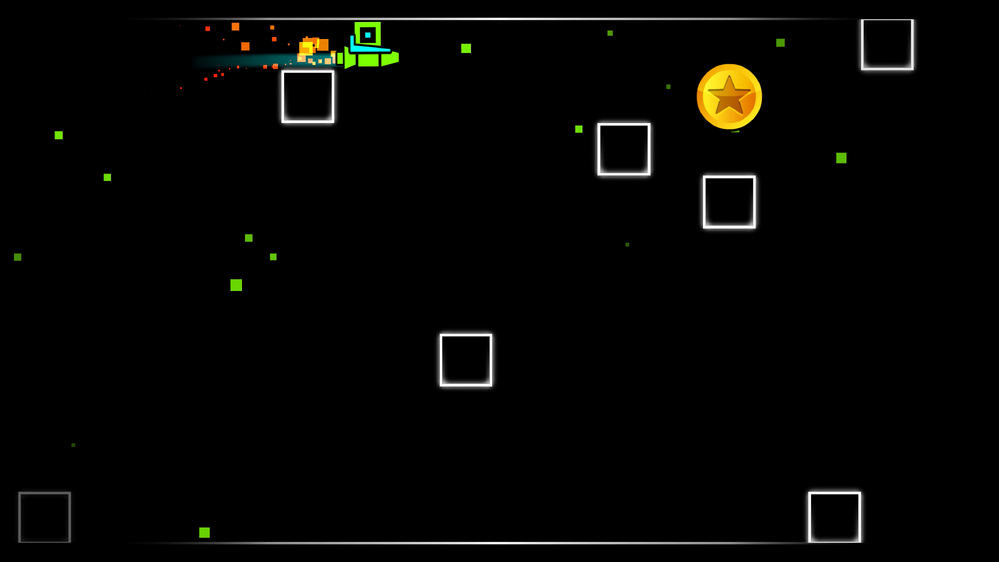 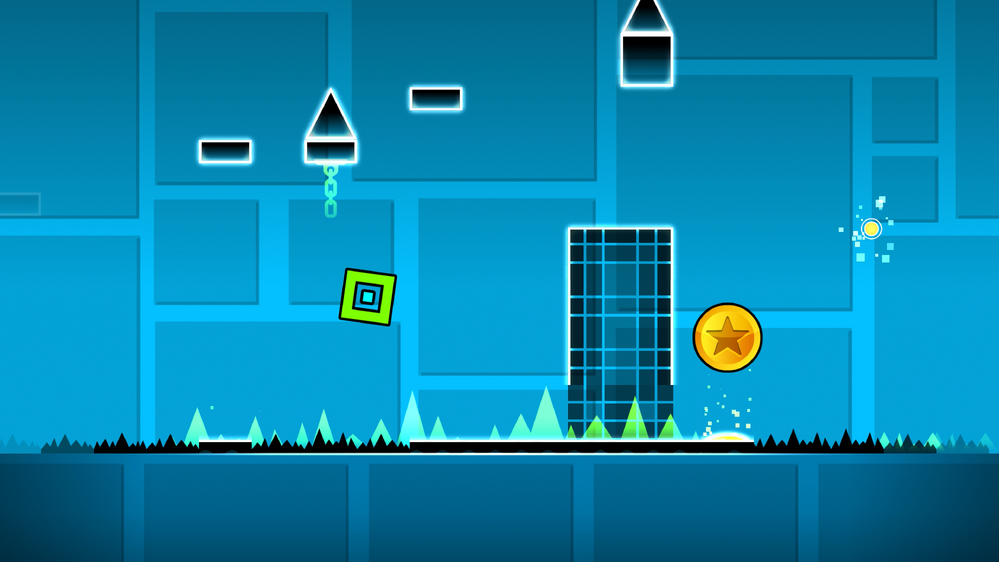 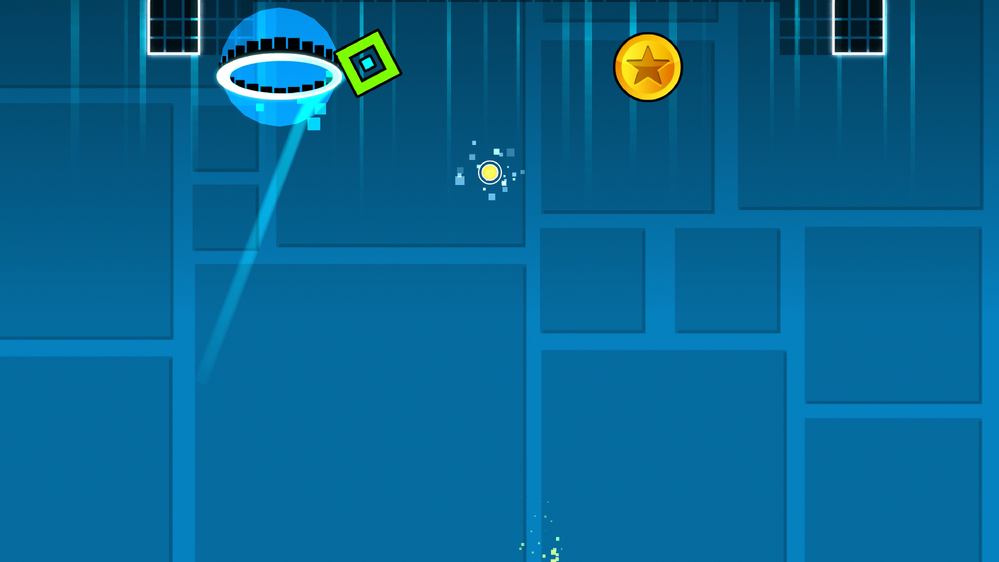 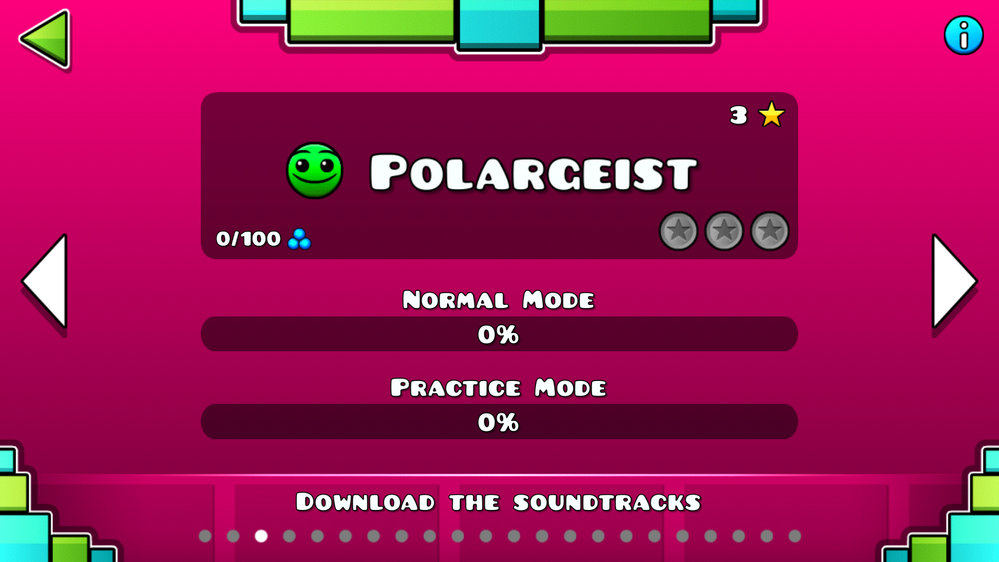