Press Start introduces the cube, ship, ball and robot forms, and with the exception of the ship, in basic sequences involving the use of jump pads and rings, with some instances of antigravity through portals and pads. Speed portals are also introduced with slow, normal, fast and very fast variants being featured. These are combined with the introduction of camera panning, with faster segments being zoomed out, allowing more to be viewed within the frame, providing additional time to react and consequently reducing the difficulty of those faster speeds. The camera panning also zooms in on the icon in several instances, and during one cube sequence acquires a static position. Here, a new mechanic is introduced where the icon reverses direction and backtracks after hitting a ring. Progress percentage decreases until another configured ring is hit to reverse the direction forwards again. Starting from the robot sequence, a giant 'pixel skull' takes pursuit, trailing the icon seemingly attempting to eat it. This culminates with a 'boss fight' by the final ship sequence, where the skull leaves and reappears ahead of the icon and faces it to perform three progressive fatal blasts from its mouth, horizontally striking at the bottom, then centre and once more at the bottom before the level's end is reached. 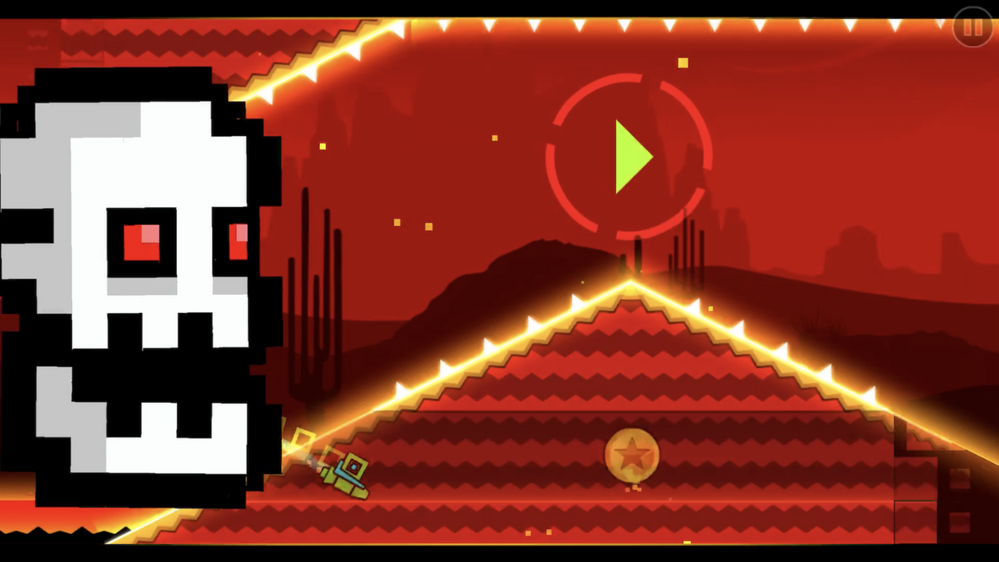 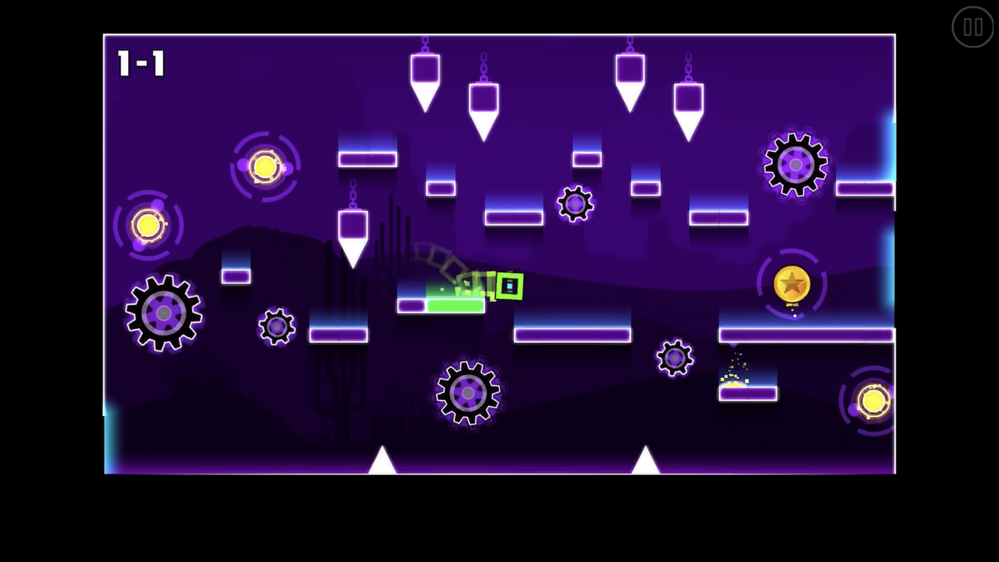 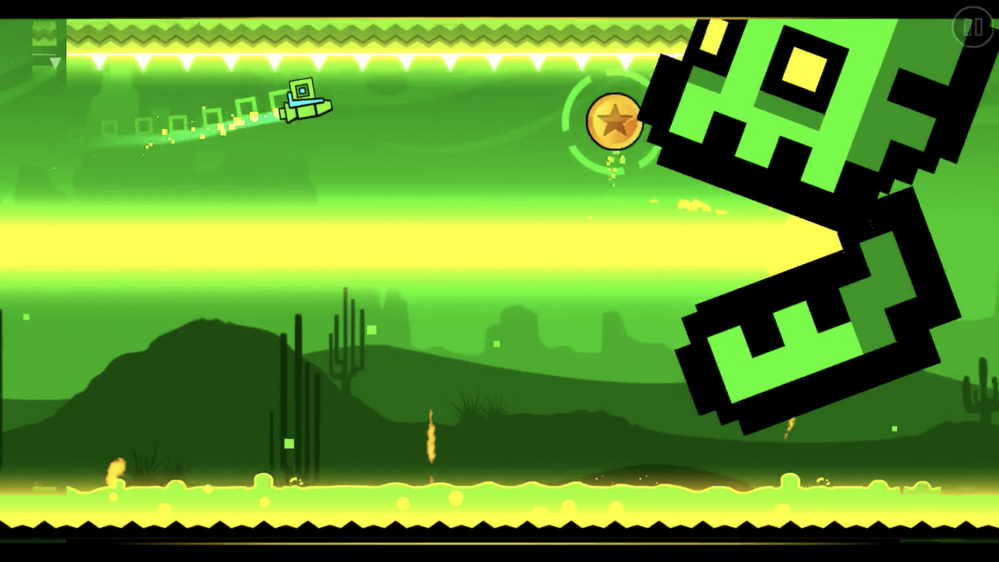 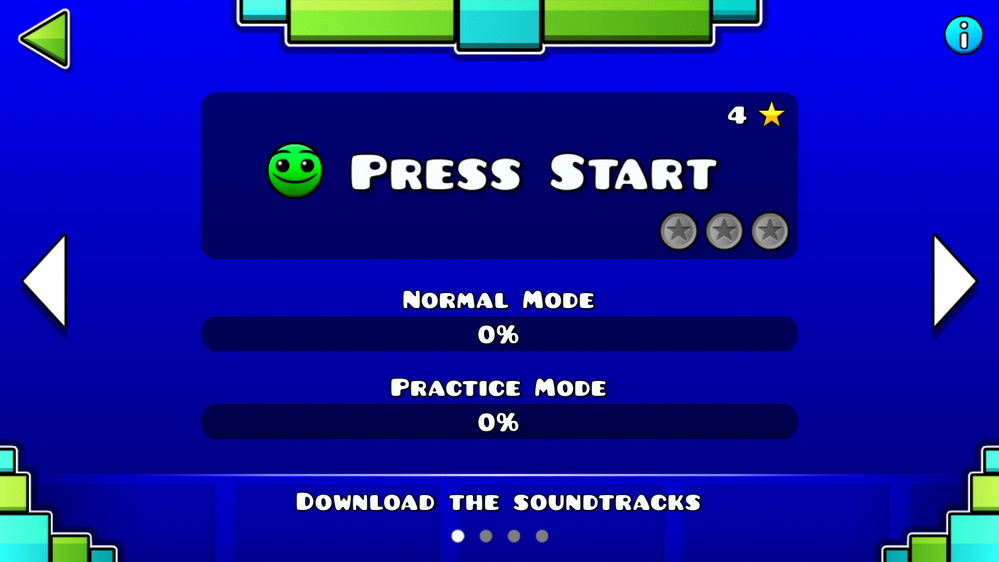