The Challenge is a medium length non-chronological secret level of Geometry Dash and Geometry Dash World and the only level of its kind. It is revealed in the Vault of Secrets by entering the code 'the challenge'. 200 diamonds are required to play the level, otherwise the message "You are not prepared. Collect more diamonds." will be received from the Keymaster. 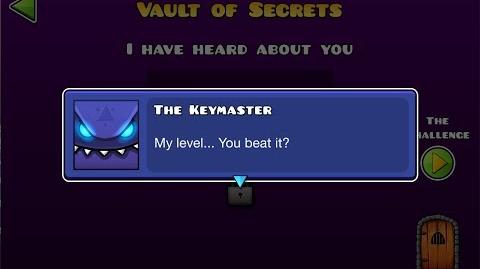 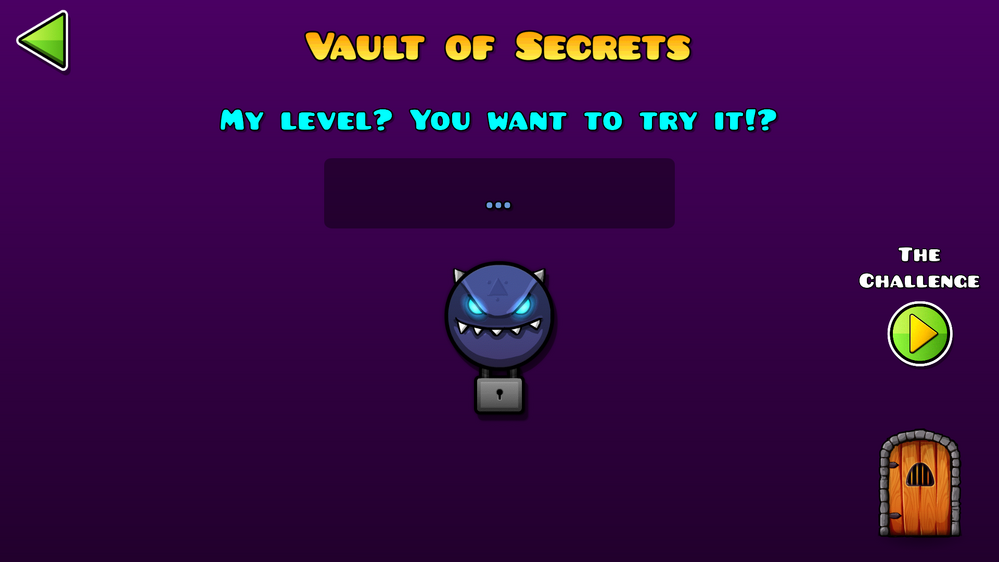 Add a photo to this gallery
Retrieved from "https://geometry-dash.fandom.com/wiki/The_Challenge?oldid=463517"
Community content is available under CC-BY-SA unless otherwise noted.