dj-Nate
Theory of Everything is the twelfth level of Geometry Dash and Geometry Dash Lite and the third level with an Insane difficulty.

Theory of Everything introduces the magenta jump pad and magenta jump ring, which are frequently used in combination with other pads and rings during cube and ball sequences. The UFO form is also introduced and with segments involving the size portal. Hazardous alternate paths appear regularly during ship and UFO sequences, with the correct paths indicated by arrow pulsators. 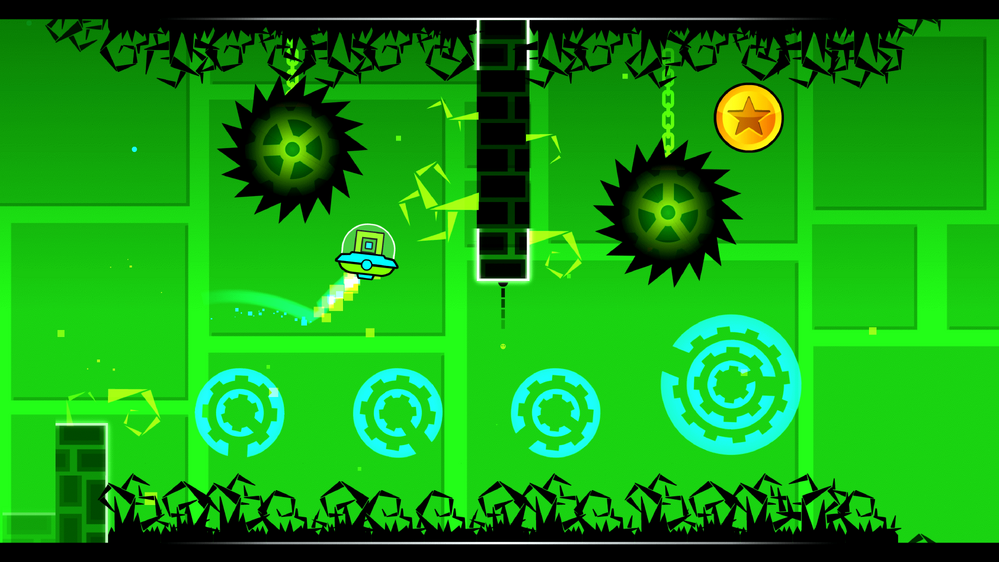 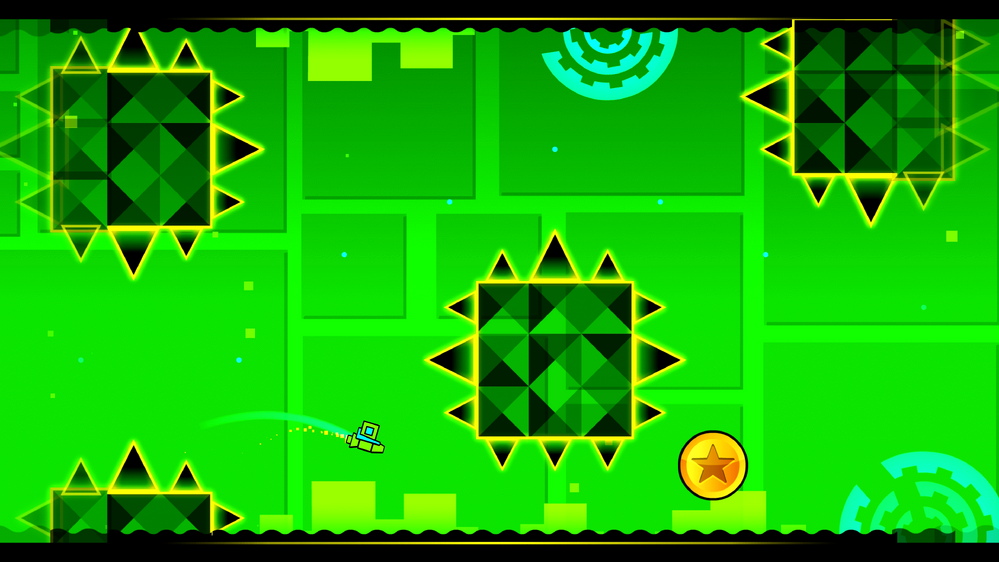 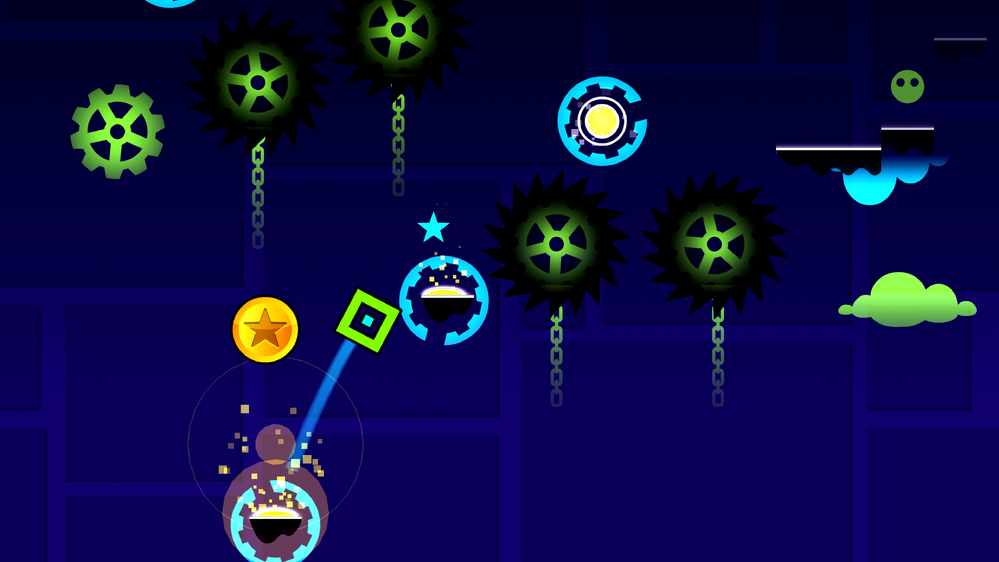 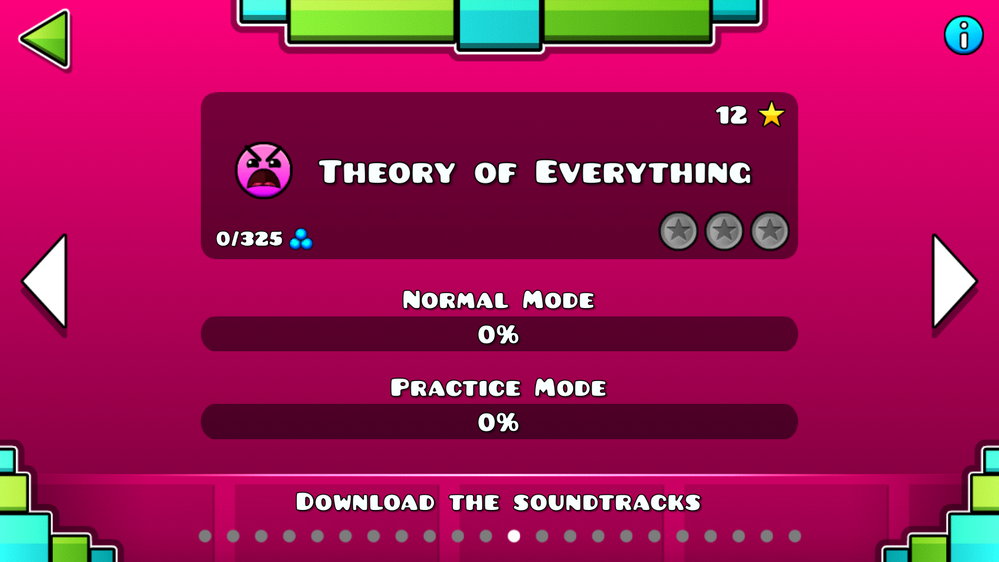