dj-Nate
Theory of Everything 2 is the eighteenth level of Geometry Dash and the second level with a Demon difficulty. 20 secret coins are required to unlock the level.

Theory of Everything 2 introduces fading saw-blades and invisible slopes, as well as fake slopes. Utilizing this, the level contains many difficult parts requiring memory. It also introduces many decorations and uses the mini-wave for the first time. 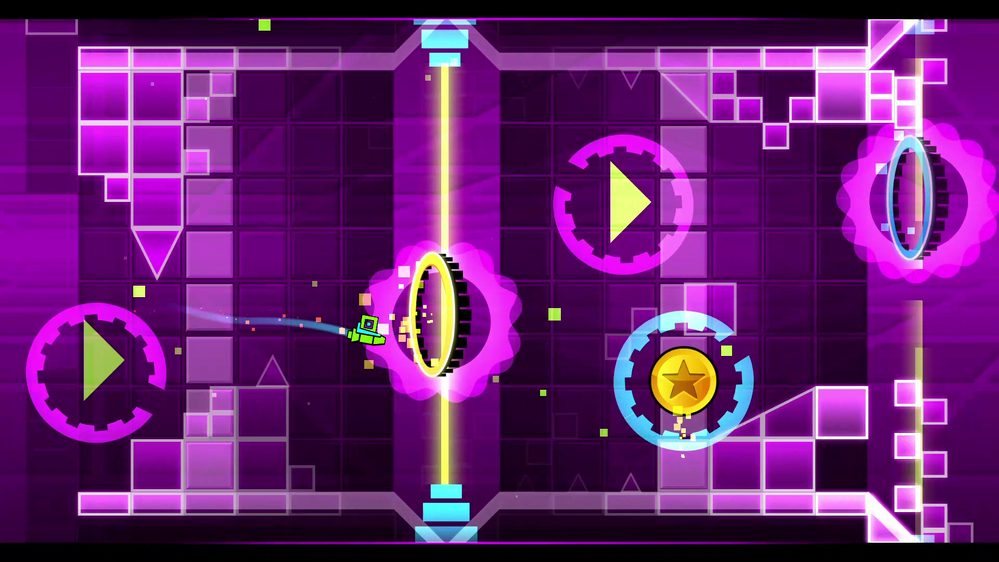 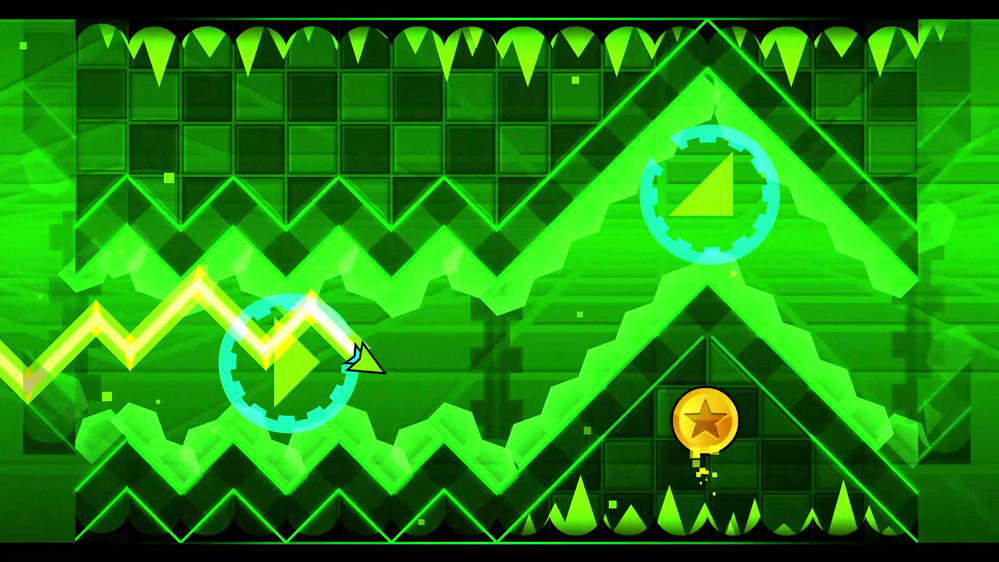 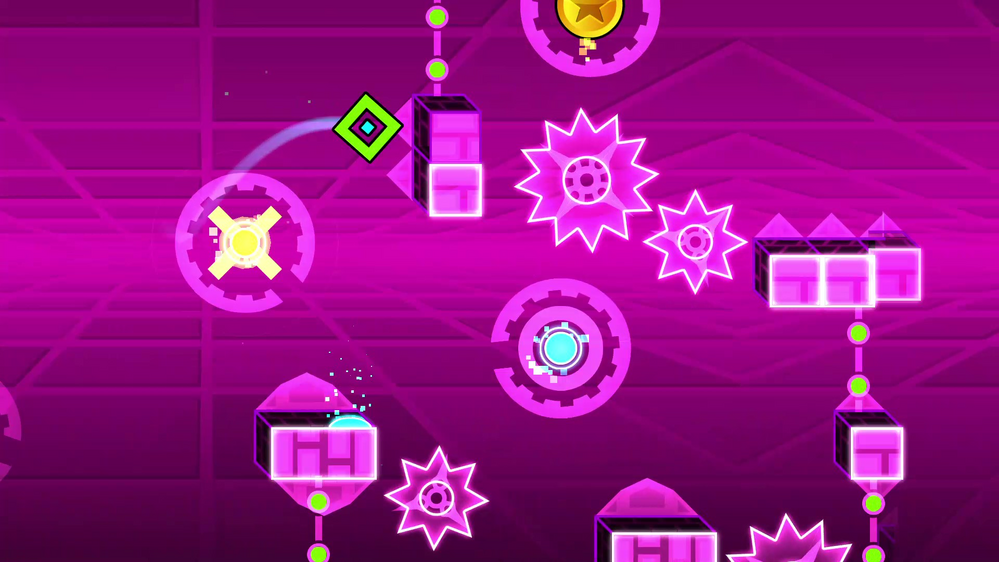 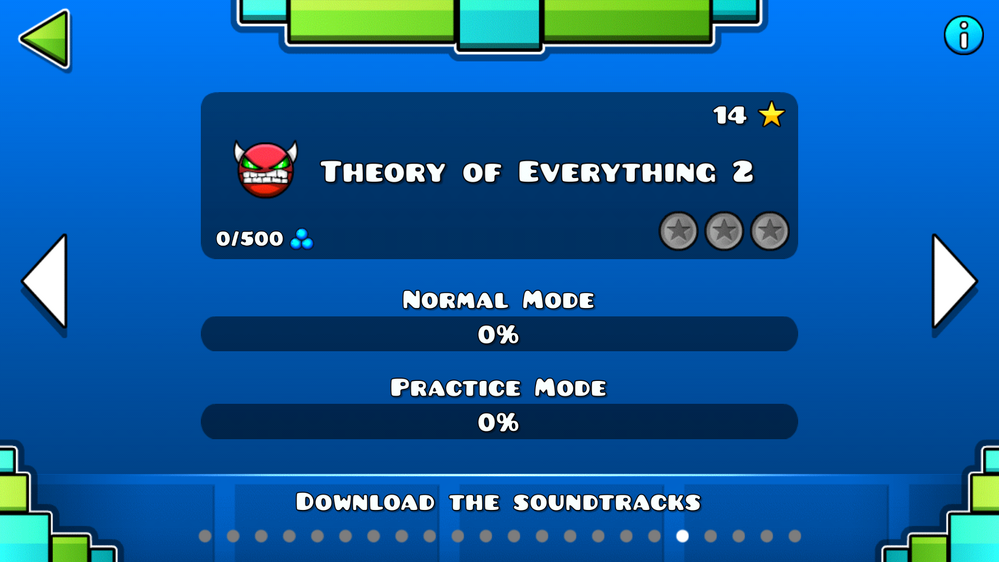