Transporters are special items in Geometry Dash that the icon can interact with to cause it to travel a certain distance and direction, depending on its type.

Pads always activate when in contact with the icon, while rings require a click/tap in order for any effect and thus optional. They may be positioned so that they redirect the player into a hazard, needing to be avoided in such instances.

As of Update 1.6, some transporters are introduced as part of collecting secret coins prior to their formal introduction. These include the yellow, cyan and magenta pads as well as the magenta ring.

Transporters are available under the seventh tab in the level editor, along with portals, animated objects, collectibles, and other components.

Height of Player Jumps (for comparison) 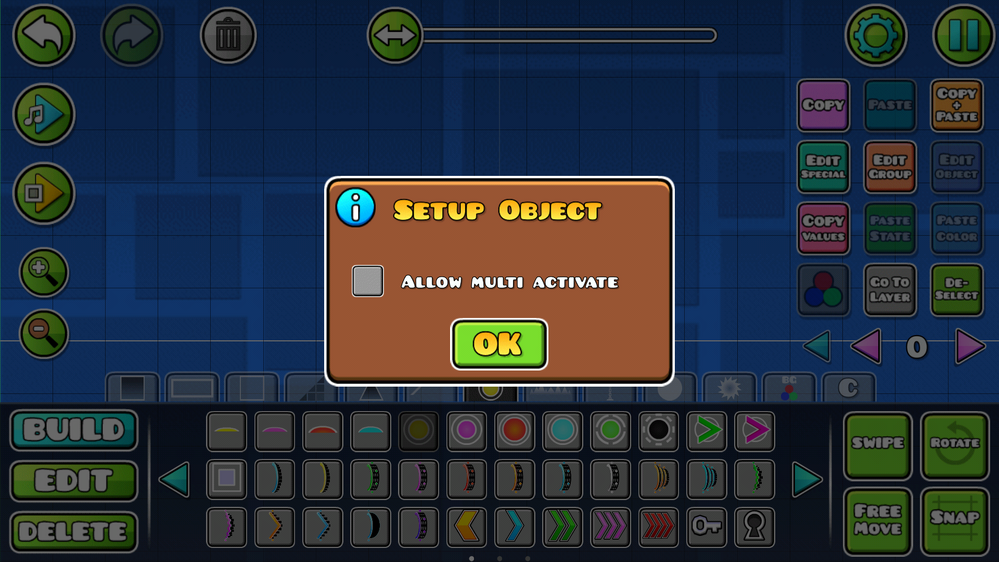 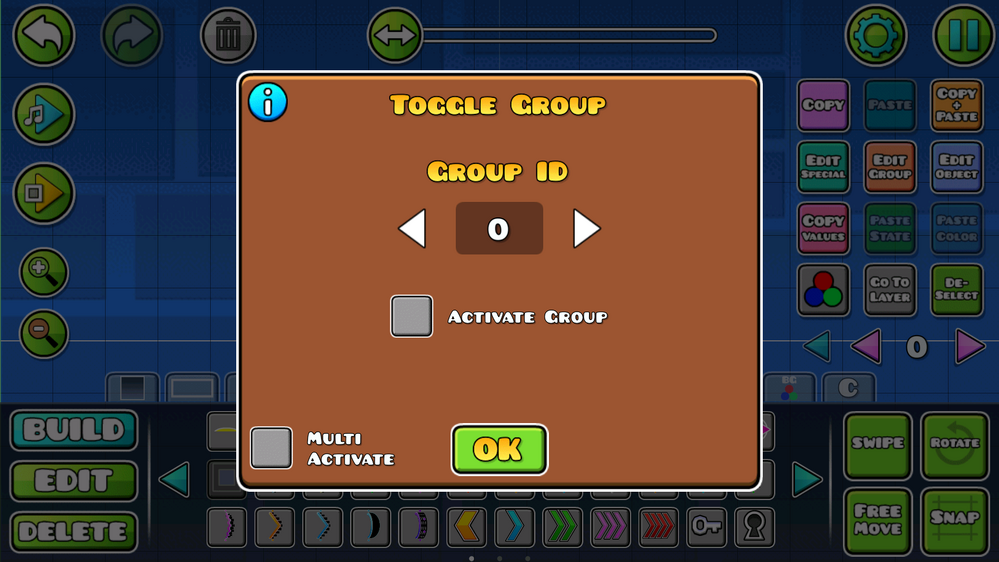 Rings being called orbs in the settings (geometry dash lite)
Community content is available under CC-BY-SA unless otherwise noted.
Advertisement