Update 1.4 was the fourth update to Geometry Dash released on 26 December 2013. It introduced Clutterfunk, size portals, a new colour, and four new ships.

Fix for a bug that caused players with over 500 stars or 5 completed demon levels to crash. 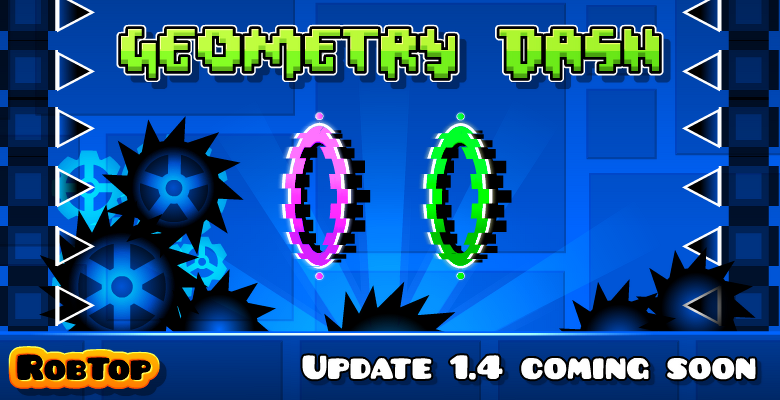 This image shows us new portals, which are both green and pink. They were discovered to be portals that would resize the player upon entry. 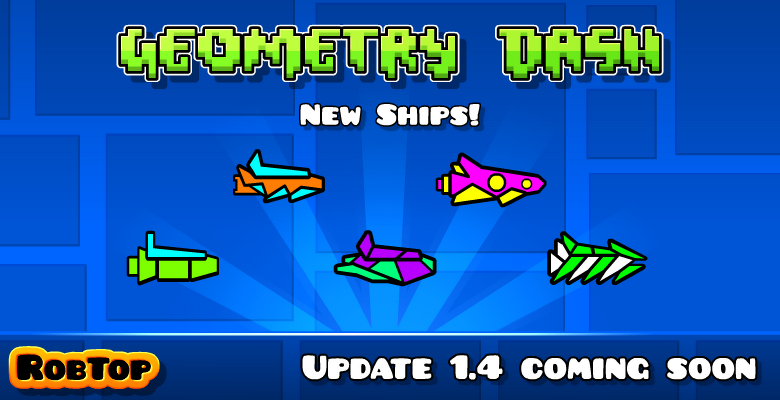 This image shows new ships that were added to the game, as well as some new colors.
Add a photo to this gallery
Retrieved from "https://geometry-dash.fandom.com/wiki/Update_1.4?oldid=462268"
Community content is available under CC-BY-SA unless otherwise noted.