Update 1.5 was the fifth update to Geometry Dash released on 30 January 2014. It introduced Theory of Everything, the ability for users to rate custom levels as a demon, a new colour, four new cubes, three new ships, and a new form, UFO. 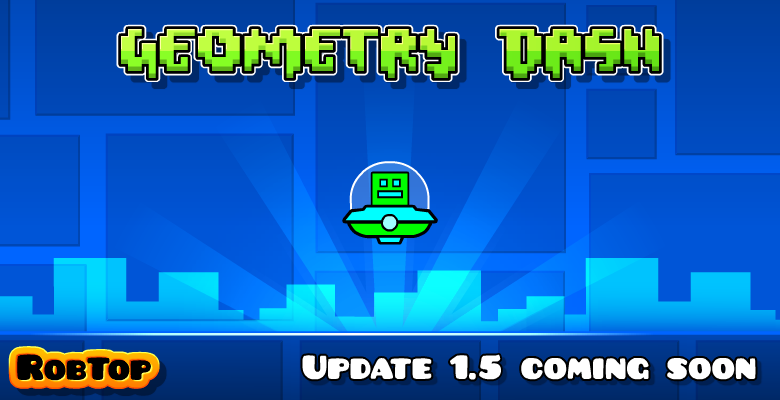 The first update image, showing the new UFO form, as well as new decorations, shown at the bottom 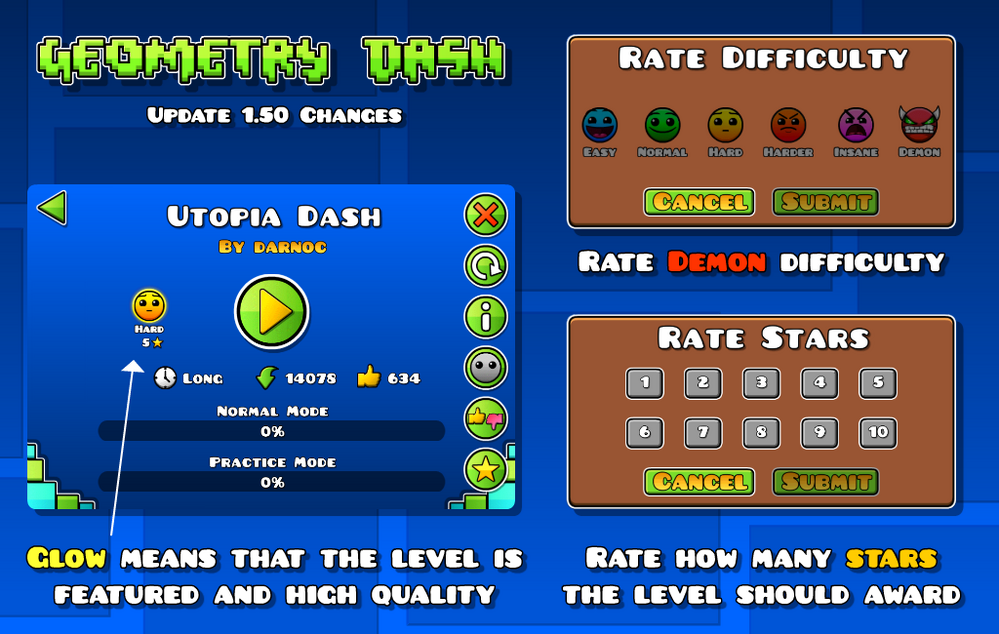 Custom level changes, introducing a new concept of being able to rate levels for stars and difficulty
Add a photo to this gallery
Retrieved from "https://geometry-dash.fandom.com/wiki/Update_1.5?oldid=461992"
Community content is available under CC-BY-SA unless otherwise noted.