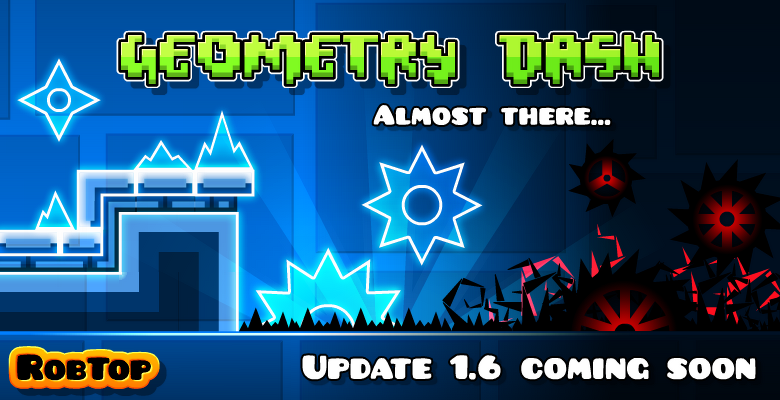 This image shows new sawblades, as well as some new blocks. 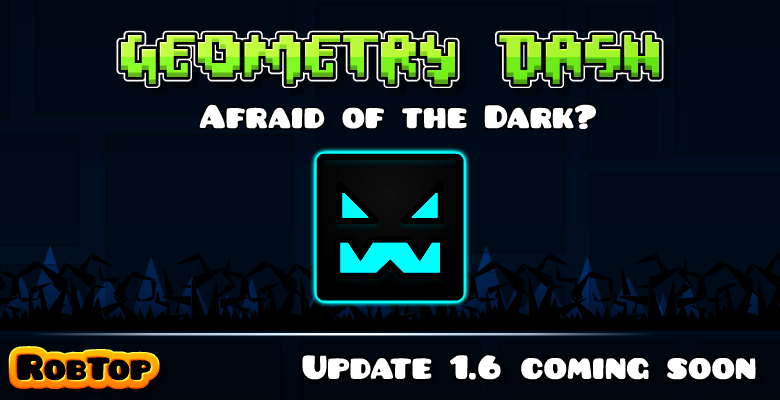 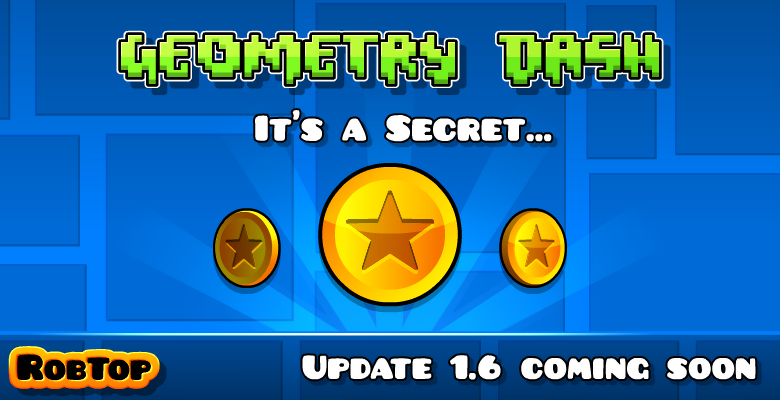 This image shows coins, which were new to the game, having being added in this update. 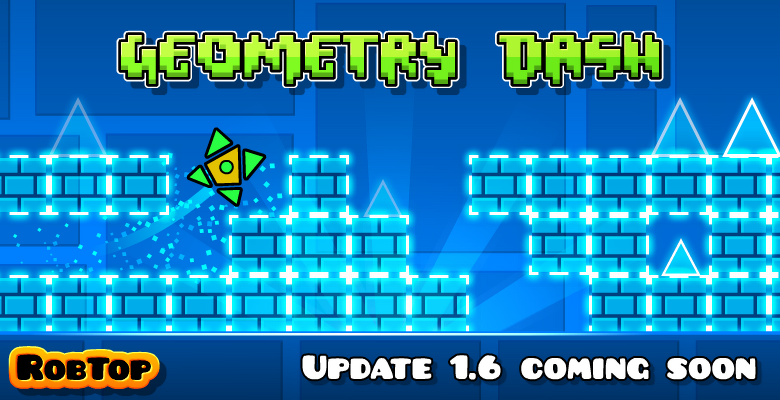 This image shows the new breakable blocks and invisible spikes.
Add a photo to this gallery

Retrieved from "https://geometry-dash.fandom.com/wiki/Update_1.6?oldid=467930"
Community content is available under CC-BY-SA unless otherwise noted.