Update 1.7 was the seventh update in Geometry Dash. It was released on 21 May 2014. It introduced Electrodynamix, a new colour mechanic, new backgrounds, a new auto difficulty, a rainbow trail, a glow feature, four new cubes, two new ships, three new balls, and two new UFOs. It also upgraded Electroman Adventures' difficulty level from Harder to Insane, being one of two updates to change difficulty levels. The other is Update 1.9. 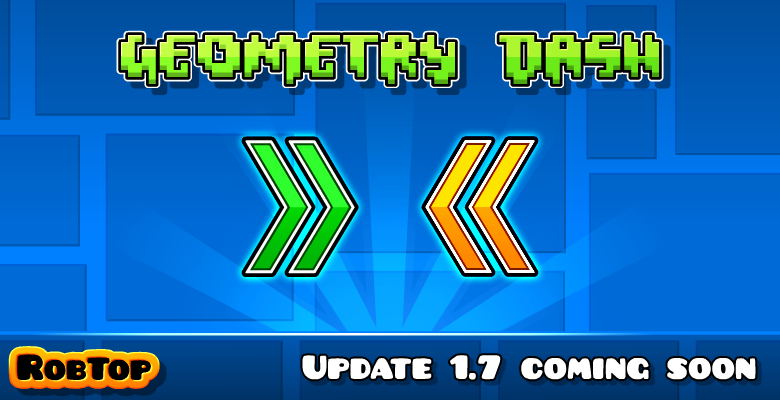 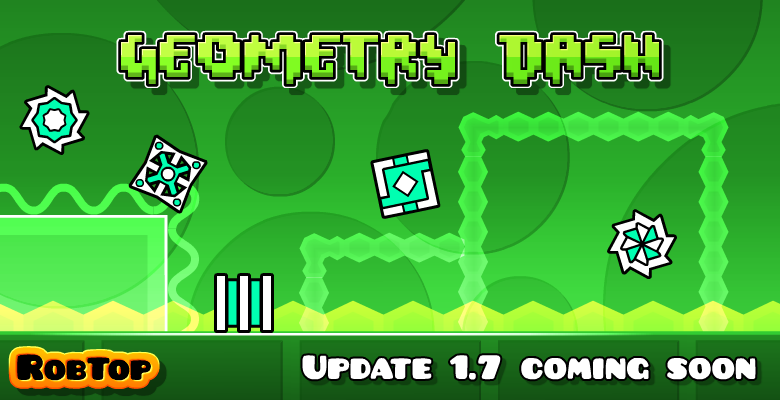 New icons, balls, and a new bubble background (one of the balls were updated in-game) 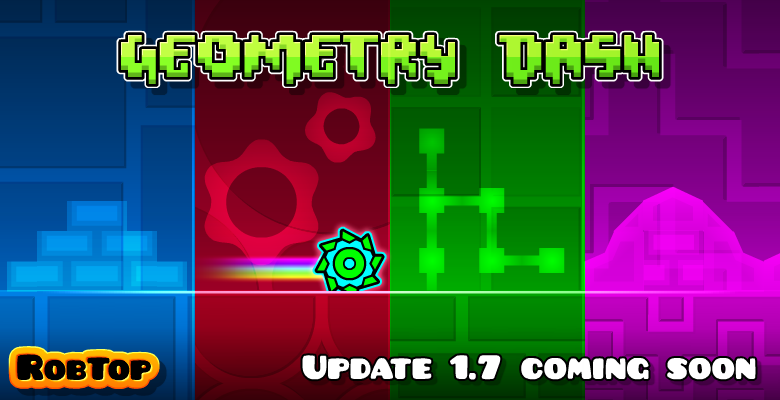 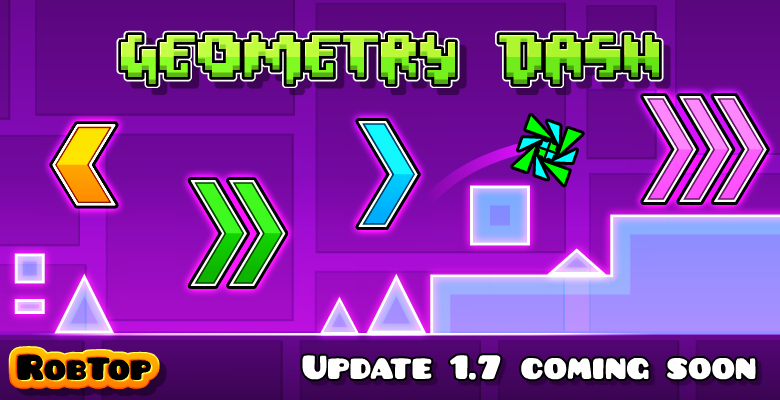 A picture featuring the first four speed portals that were added in the game
Community content is available under CC-BY-SA unless otherwise noted.
Advertisement