Update 2.2 is the upcoming 12th major update of Geometry Dash with no set release date. 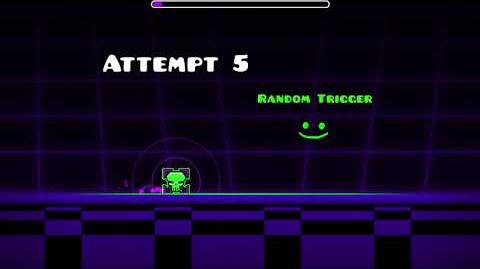 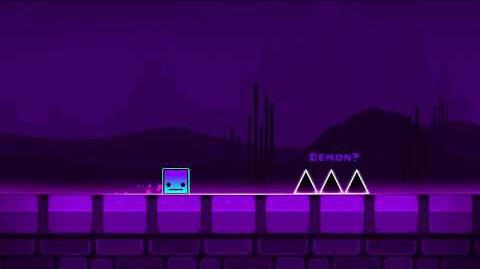 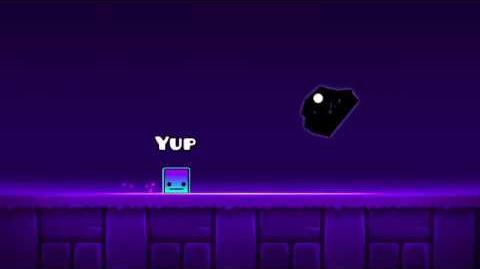 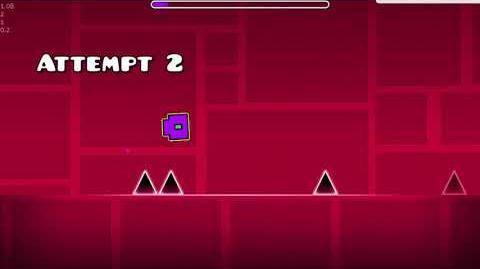 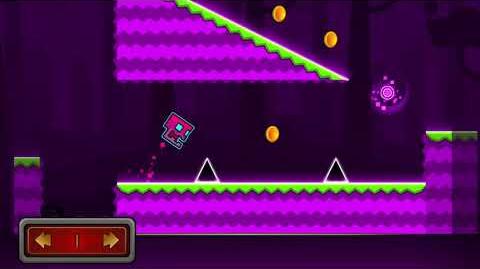 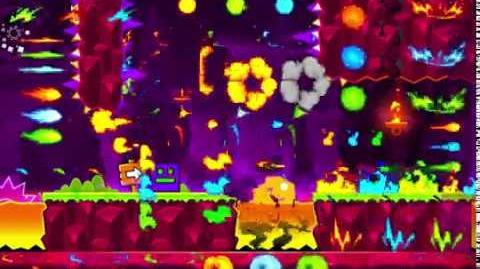 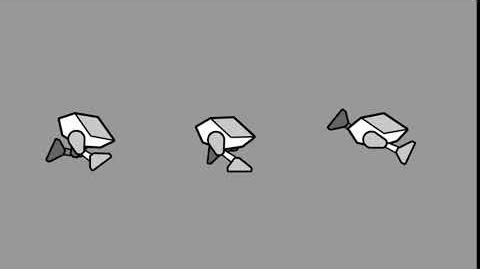 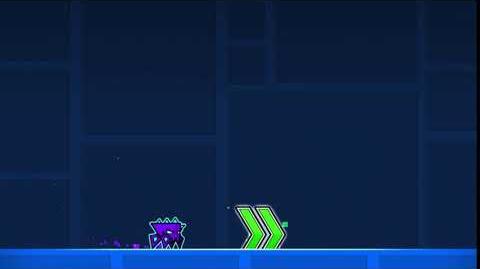 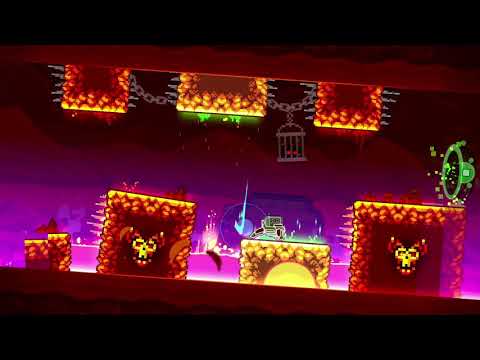 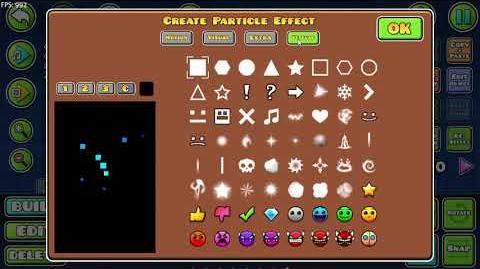 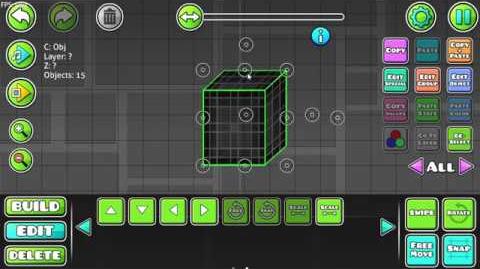 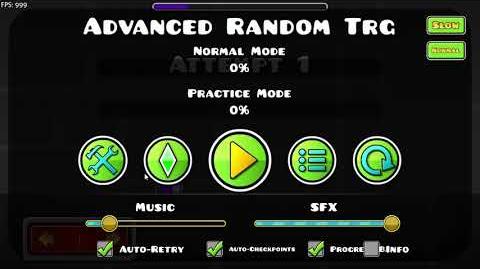 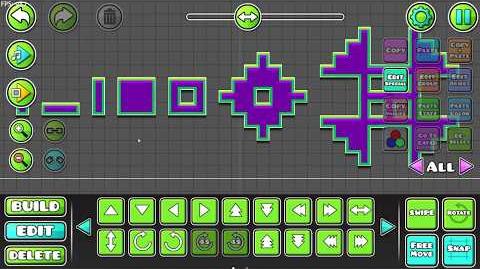 The first 2.2 teaser, showcasing the new game mode with its own name yet to be formally confirmed.

The second teaser hinting at a new soundtrack, which has been confirmed to be 'Explorers' by Hinkik. 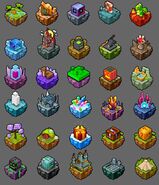 Showcase of some of the new pixel art blocks.

The first teaser for "THE MAP", showing a path through a grassy area.

The second teaser for "THE MAP", showcasing a grassy area with a bush and some trees.

The third teaser for "THE MAP", showcasing what appears to be a mine with a skull on top of it, possibly a level on the map.

The fourth teaser for "THE MAP", with a monster peeking out of an icy structure in.

A concept for a new Platformer Mode exclusive gamemode (Will most likely be for 2.3). 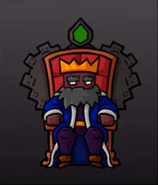 Concept art for "THE KING".

Concept art of the new "jetpack" that replaces the ship while in platformer mode.

Art of two versions of an icon based on Boomlings. Version "B" was chosen in the end.

An image with a code for the new Vault. It was revealed at the end of the ARG.

Art of several new icons revealed at the end of the 2.2 ARG. Half of them are the new Boomlings icons.

An image showcasing the template blocks.

An image showcasing the randomization possibilities with the auto build, sent by RobTop in the Geometry Dash Discord server.

An image showing off the hex/RGB code values in color triggers, shown off by RobTop in the Geometry Dash Discord server.

Art of a new icon, sent by RobTop on Discord.

Another new icon, made by RobTop, found on Discord.

Concept art of a new ball, seen on Discord.

Sketches of 4 new icons, sent by RobTop on Discord.

Art of a new ship, sent on Discord.

The result of a test that applied Sepia everywhere in Fingerdash.

Art for a possible third world to Geometry Dash World, or a new teaser for THE MAP.

Concept art for the new ratings, Legendary and Godlike, compared with the current ratings.

The animation of a new pixelated fire object. 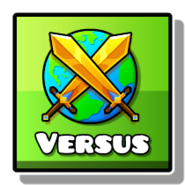 Art of the menu button for the new Challenge/Versus mode.

Another piece of concept art for THE MAP.

Art of a new castle-like icon, sent by RobTop on Discord. 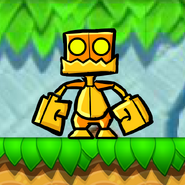 More concept art of a gamemode to appear in a distant update.

Art for new blocks to be added in Update 2.2.

A picture of a new icon and ship, sent by RobTop on Discord.

A sample of how icon sprites are managed in 2.2, showcasing a new icon.

An in-game concept for a wider color palette.

An icon select menu in Update 2.2, with colors having new palette buttons. Also worth noting is how the new gamemode has no proper menu button yet, with a duplicate of the Spider game mode taking its place.

Another image of the color selection menu in Update 2.2. It also showcases a new UFO.

The fourth and final set of contest winners.

All four of the contest winner images together. 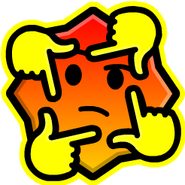 Another new icon revealed on Discord. 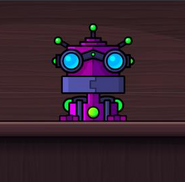 A new character: The Mechanic.[Discord 103] 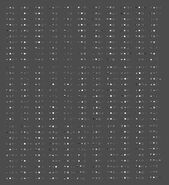 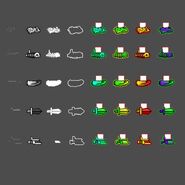 A test to make colorblind-friendly portals with extra sprites that can be toggle off/on.[Twitter 22]

All colorblind friendly portals and rings.[Twitter 23]

An example of how RobTop edits community-made icons, using a spider made by Aleiz21.

An elephant spider created by Aleiz21.

Cube piloting a spider, made by RetroAdvance64.

A hooded spider created by Sprint.

The lord and savior of Geometry Dash, forged in Adobe MS Paint by the best icon artist, RadleyMCT. Maurice.

The original thumbnail for the Update 2.2 Sneak Peek before its premiere, showing 3 new icons, two of them made by RadleyMCT (one being his ghost persona), and the right one being made by Sprint.

Ditto with 2 another variants