My name on FANDOM is DXL444, but you can call me DXL44, or if you want to shorten it down a bit more, DXL. DXL44 is my username pretty much everywhere else. You might know me from the Project Arrhythmia community (in fact, I’m a part of the staff on that game’s wiki too), but rest assured - I do in fact play more than one music game. The GD community was one of the first online communities I got into, and I’m still a part of it today with my role on this wiki as an admin.

History of DXL, I guess

So, how did I make my way to this wonderful game? Well, it started when I was in elementary school. I remember I first saw a kid playing it at a YMCA game room. I checked it out, and the kid seemed to be enjoying it and suggested it to me. I didn't think of it again until a friend brought it up when I moved on to middle school, and by then I had completely forgotten what the game was about. (Also, the teacher thought it was a math game, which is most likely a common mistake.) Anyway, after that, I knew I had heard it before somewhere, so I went home and downloaded the lite version. I really enjoyed it and wanted to make my own levels, but no, that's the paid version. So I did the next best thing: drew levels in a notebook I had. I had a lot of notebooks back then, and these GD levels fit right in next to my concepts of Mario levels. Looking back at them, they DEFINITELY wouldn't have done well in execution though. I mean, I didn't even have a song for most of them! Eventually, running out of notebook paper and growing more and more attracted to the fabled level editor, I decided to go ask my dad if I could get the full version. At some point, he said yes, and the full version of GD was mine! I was finally in my own level-making dream, and went on to create amazing masterpieces (that weren't amazing because I didn't know anything about making a proper level) and had a great time. (Unfortunately, all of these have been lost - quite a shame really.)

From here, one thing led to another. "Hey look, GD has a profile system! I should add friends!" I didn't have too many friends at the time who played the game, so where do you go when you need an answer? The internet, of course! Around this time, I was really enjoying Scratch. You know, that coding website you probably used in your youth on the internet. I looked for a GD group on there, and to my surprise, I not only found a GD group, but one focused around slideshow-style stories (which later on in its history became full animations). I met a ton of people there and made plenty of stuff for it too. A few years later and I'm still talking to some of the people from it (not on scratch lol), and still making stuff for it too (somehow still on scratch, but I'll be moving to an actual animation software soon). Somewhere along the way, I made my way to this wiki, and here I am now.

10/24/2019
I've been playing GD for a long time, but that doesn't make me too good at it lol. I used to be at least somewhat good, but I took a long break so I need to catch back up a bit if I want to be that good again.

As far as creating, I'm ok with making levels. Nothing at the level of featured stuff, but it still looks nice. Haven’t done it in a while though. I occasionally mess around with 2.2 stuff to make layouts but don't do it often.

As far as where I play, I used to play on a tablet, but it had a wack resolution, and the tablet is kind of broken and restarts when it feels like it. I switched over to my phone for a couple of years after that, which was fine I guess. I own GD on Steam now (got it with a couple dollars I had left over from another purchase) so that’s where I play most of the time.

The first ten lite levels have been fully completed!

Meltdown levels have been fully completed!

World levels have been fully completed!

SubZero levels have been fully completed!

Theory of Everything has been beaten.

Electroman Adventures has been beaten.

Blast Processing has been beaten.

200 stars have been formed!

300 stars have been produced!

400 stars have been obtained!

500 stars have been acquired!

600 stars have been gathered!

700 stars have been accumulated!

5 demons have been defeated!

Here’s the icon selections I use. I never really change them. 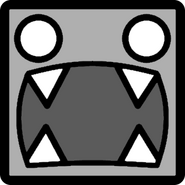 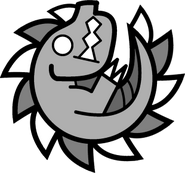 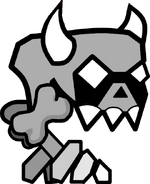 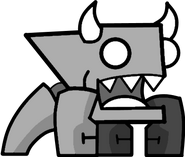 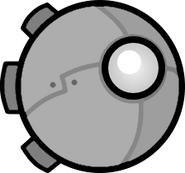 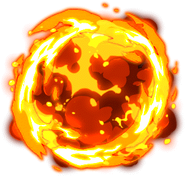