The Vault is a secret feature of Geometry Dash and Geometry Dash World, being introduced in Update 2.0. It is located through a padlock in the upper right corner of the Settings menu, requiring 10 user coins to gain access.

The Vault contains a text field and an angry padlock button below it, referred to as the Guard, although its true name is Spooky. Pressing the button will return a response based on what has been entered into the text field. By entering specific phrases, Icon Kit rewards, secret coins and associated achievements can be unlocked.

Enter the codes stated as captions to unlock the respective rewards. 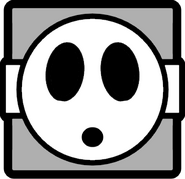 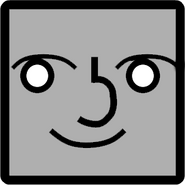 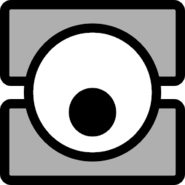 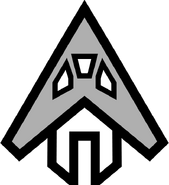 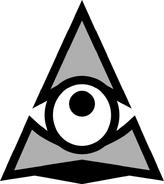 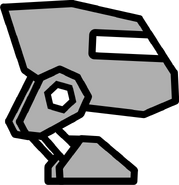 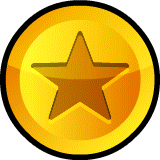 Pressing the button without having entered anything will cycle through ordered responses and will repeat upon reaching the end.

A series of hints in turquoise text can appear between any general response in the following order to help guess the codes. Once a code has been entered, the corresponding hint will not be shown again.

Entering a correct code will return a specific response. After doing so, the response will not be returned again.

Alternate responses in turquoise text can appear between any general response in the following order.

Responses regarding the Vault of Secrets

Before the Vault is unlocked, the padlock will be grey. Selecting it will return an ordered response and will repeat upon reaching the end. 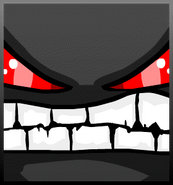