F-777
Viking Arena is the second level of Geometry Dash Meltdown and the first level with a Normal difficulty.

Viking Arena introduces the yellow jump pad in the ways of both function and potential hazard, leading to more varied jump manoeuvres. Obstacles now move concurrent with player movement. The third cube sequence involves a horde of monsters which harass the icon from above and behind, although they will not reach it. 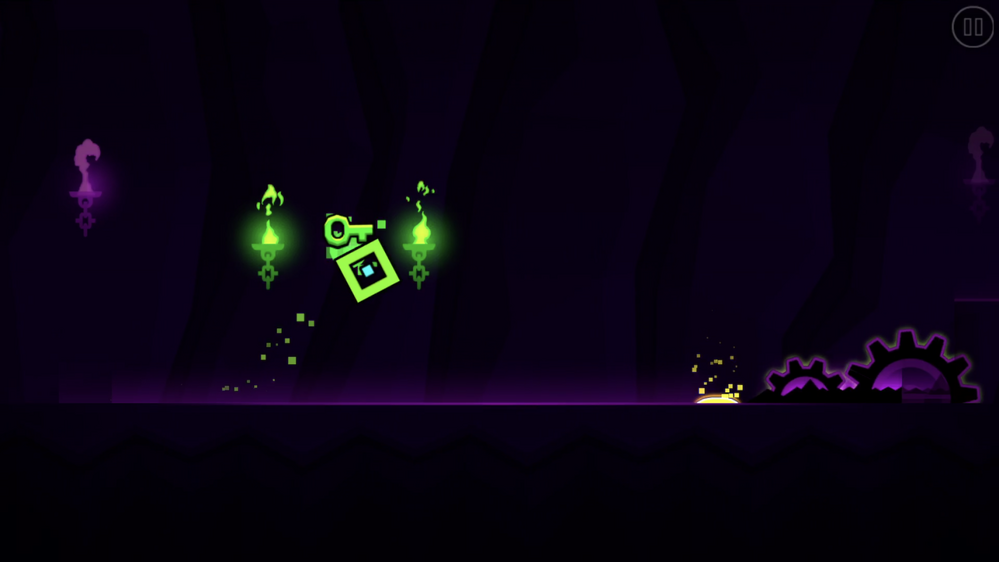 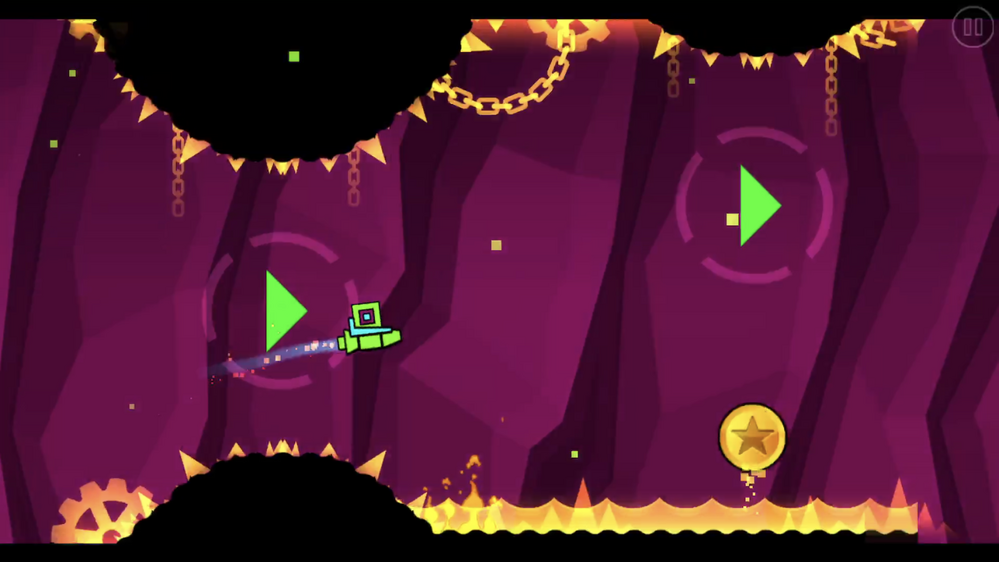 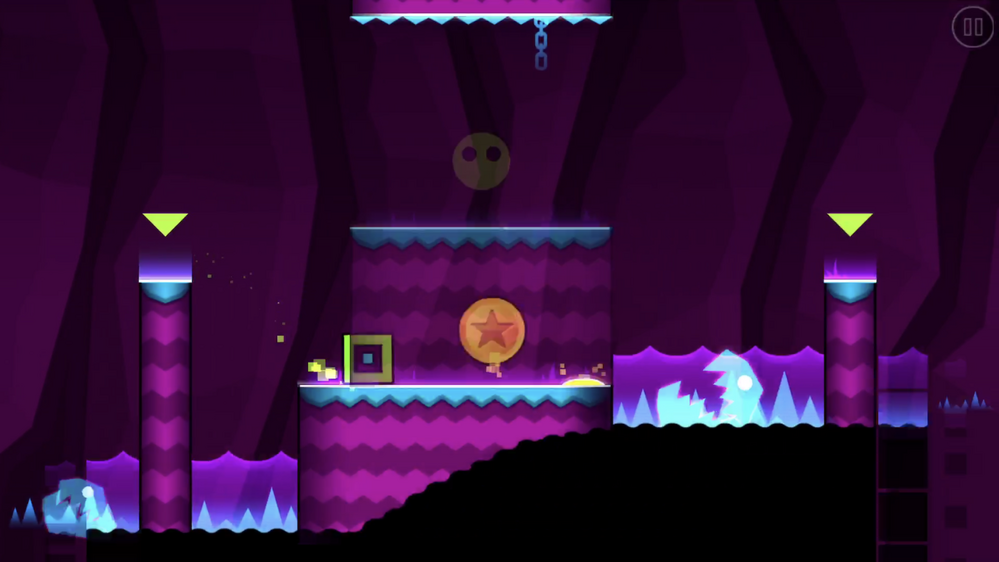 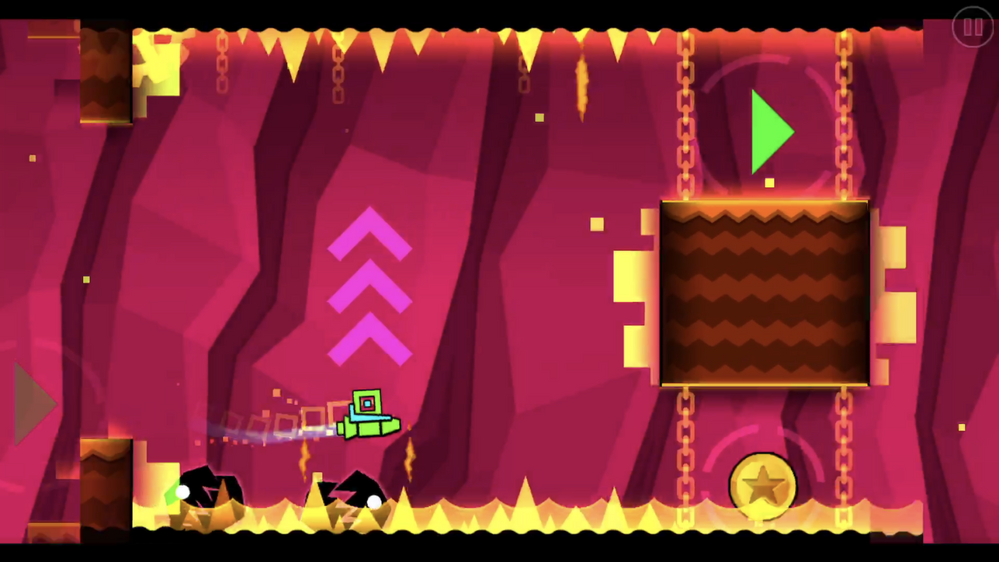 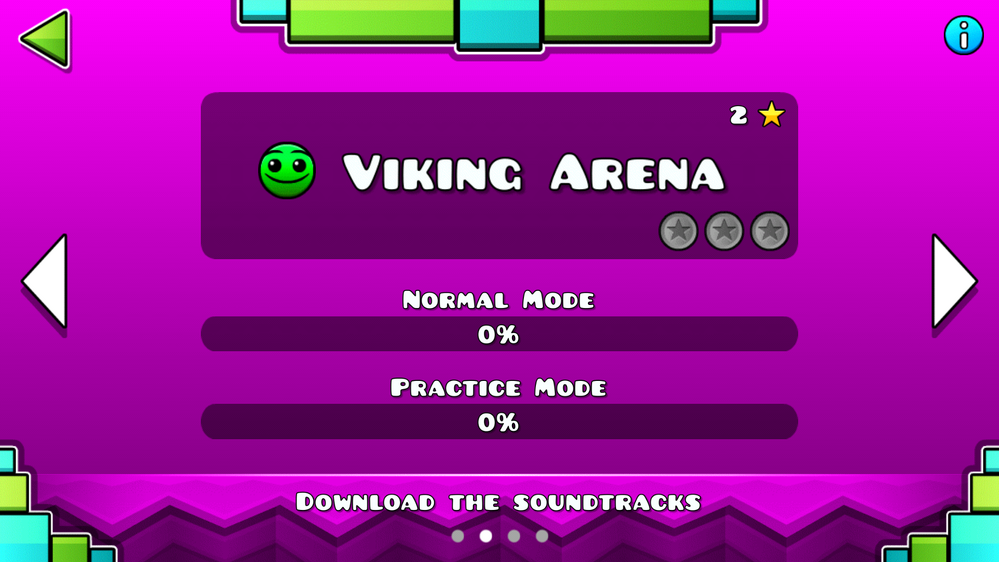